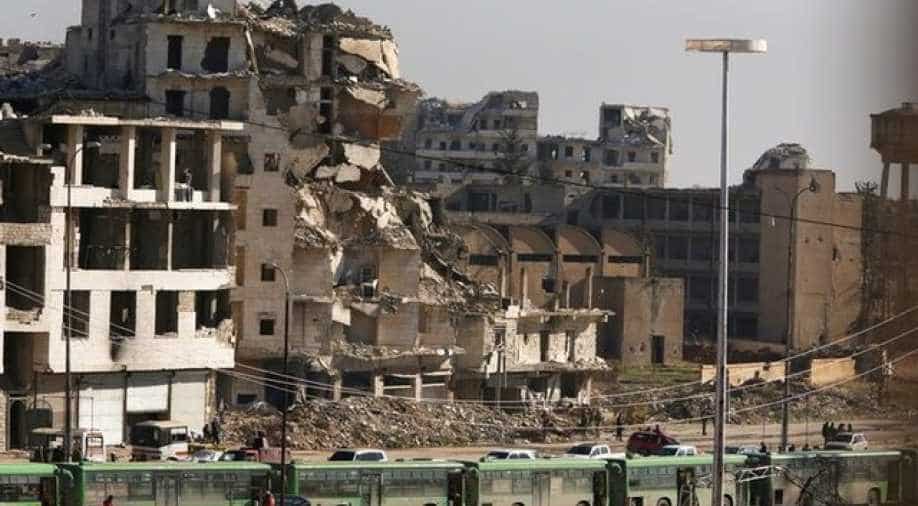 Buses are seen parked in Aleppo's government controlled area of Ramouseh, as they wait to evacuate civilians and rebels from eastern Aleppo Photograph:( Reuters )

One civilian has been killed and at least four injured -- they were being evacuated from the war-ravaged city of Aleppo -- after they came under attack from gunmen loyal to Syrian President Bashar al-Assad.

(Pro-government fighters) fired at us and at ambulance vehicles and those people opening up the road," a rescue service spokesman told Reuters.

As part of the peace agreement, 5,000 rebels and civilians were due to evacuate Aleppo on Wednesday. But deadly fighting blew holes in the agreement. A renewed deal was agreed upon on Thursday morning.

People who were holed up in the rebel-held areas of eastern Aleppo will be evacuated for at least the next three days, as part of the ceasefire.

The rescued will be transported to the neighbouring province of Idlib, and the injured would be sent over the Turkish border.

The evacuation of Aleppo's last rebel enclave would end years of fighting for the city and mark a major victory for Syrian President Bashar al-Assad.

There are about 50,000 people who continue to be holed up in the city, BBC understands, which include 4,000 rebels and 10,000 family members of the fighters.

At 1330 GMT, a Syrian military source said that nearly 1,000 people have been evacuated from Aleppo, AFP reported.