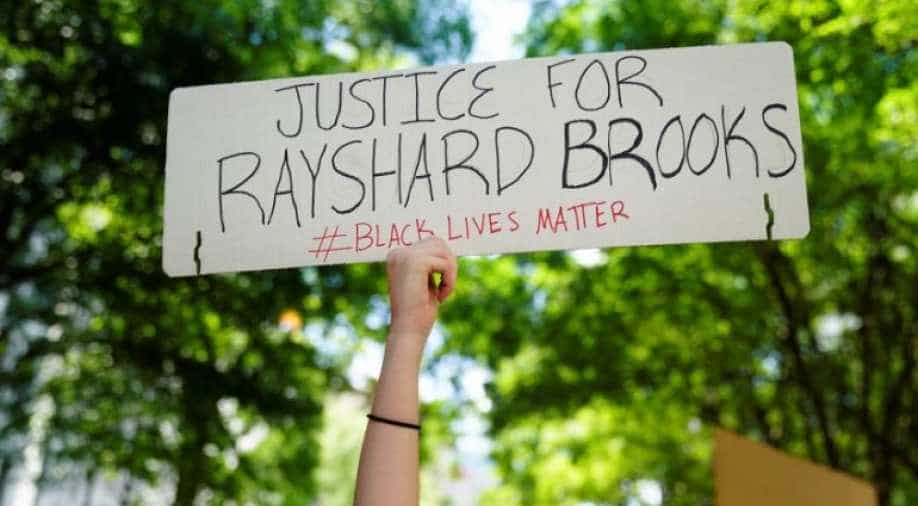 The death of 27-year-old Brooks, which the Fulton County Medical Examiner's office ruled a homicide, was the latest killing of a black man to spark nationwide outrage at police brutality and racial injustice.

Relatives of Rayshard Brooks, many of them in tears, called for justice and "drastic change" in policing after a white Atlanta officer fatally shot the African-American man in the back, and the city's mayor called for a shake-up in the force.

The death of 27-year-old Brooks, which the Fulton County Medical Examiner's office ruled a homicide, was the latest killing of a black man to spark nationwide outrage at police brutality and racial injustice.

"We're tired and we are frustrated. Most importantly we're heartbroken, so we need justice for Rayshard Brooks," his cousin, Tiara Brooks, said at a news conference.

"The trust that we have in the police force is broken. The only way to heal some of these wounds is through a conviction and a drastic change in the police department," she added.

Relatives spoke of Brooks as a warm family man who loved to take his daughter skating. One man, after breaking down in tears, left distraught, shouting, "Somebody took my cousin!"

More than 1,000 people marched on the Georgia state Capitol in Atlanta on Monday, calling for justice for Brooks and other slain African Americans.

"We are going to take over the capitol every single day until they do their job," the Rev. James Woodall, president of the state NAACP civil rights group, told the crowd, the Atlanta Journal-Constitution and other media reported.

As the crowd chanted for justice, the Georgia Assembly rebooted its 2020 session with a renewed call to pass a hate-crime law. Georgia is one of four U.S. states without such a law, which increases punishment for offences deemed to be racially motivated.

The death of Brooks, and the separate shooting of a black jogger, Ahmaud Arbery, near the coastal town of Brunswick in February involving a former law enforcement officer, has driven calls for racial justice in Georgia.

Bottoms told a media briefing that she was heartbroken and angry over Brooks' death.

"It pissed me off, it makes me sad, it makes me frustrated and there's nothing I can say that will change what happened Friday."

She said she could not wait for an advisory council to come up with police reform recommendations.

"It was clear that we do not have another day, another minute, another hour, to waste," she said, adding the police must find better ways to handle confrontations.

Vince Champion, southeast regional director for the International Brotherhood of Police Officers, urged against a rush to judgment.

"We don't know everything. We are basing what we saw on a video that has no context to it," Champion told Reuters. "I do believe that the powers that be – the mayor and the DA are just trying to appease the rioters."

President Donald Trump told reporters the shooting in Atlanta was "a terrible situation" and "very disturbing".