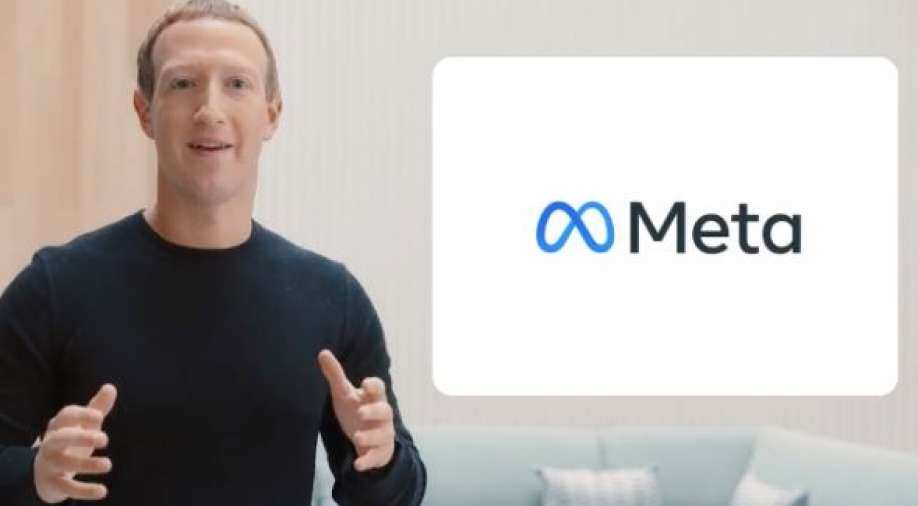 Metaverse is the next frontier, Mark Zuckerberg said at the Facebook Connect event.

Mark Zuckerberg announced that Facebook's name will now change to Meta to represent the company's vision of metaverse as the "next chapter" on the internet during a live stream event on Thursday.

"To reflect who we are and what we hope to build I am proud to announce, starting today our company is now Meta," Zuckerberg said. "Our mission remains the same, it is still about bringing people together," he added while asserting that "we are still the company that designs technology around people."

"Now we have a new north star to help bring the metaverse to life," Zuckerberg said.

Announcing @Meta — the Facebook company’s new name. Meta is helping to build the metaverse, a place where we’ll play and connect in 3D. Welcome to the next chapter of social connection. pic.twitter.com/ywSJPLsCoD

"We've learned a lot from struggling with social issues and living under closed platforms, and now it is time to take everything that we've learned and help build the next chapter," Zuckerberg said.

Also Read: What is metaverse, the new buzzword in internet technology?

However, Zuckerberg asserted that "our apps and their brands, they are not changing".

Also Read | 'Next great leap in evolution of internet': Why is Facebook CEO Mark Zuckerberg betting on metaverse?

"Metaverse will have richer ways to connect," Zuckerberg said during the live video link as he described the virtual concept as a way to "connect with people".

He informed how "gaming" will change in the metaverse with a more "immersive experience".

“The last few years have been humbling for me and our company in a lot of ways,” the Facebook chief conceded as he introduced “a social version of home” where users can “jump into apps” with other avatars.

"Work from anywhere" as a concept is high on the metaverse horizon, Zuckerberg explained. He said access to jobs for people will be a "gamechanger".

"Metaverse is the next frontier," Zuckerberg said.