Executed Nigerian farmers were caught between Boko Haram and the Army 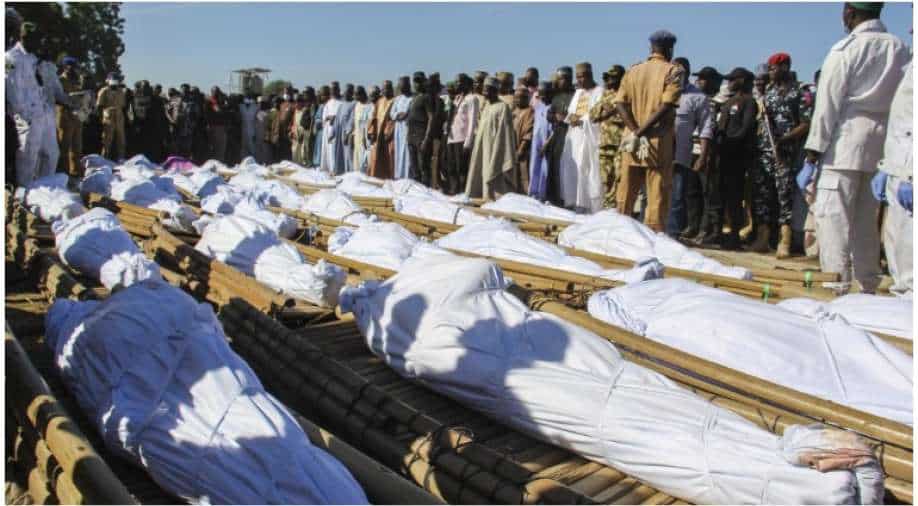 People in rural areas of northeast Nigeria, have largely been left at the mercy of Boko Haram by a government whose security forces have mainly retreated from the countryside to protected garrison towns

ZABARMARI, Nigeria — For years, the farmers had an agreement with Boko Haram militants: They could tend their fields in peace, as long as they did not report the fighters’ presence to the Nigerian Army.

But just over a week ago, that deal was broken. The Islamic group killed more than 70 farmers from Zabarmari, a village in northeastern Nigeria, residents say. The militants accused the farmers of betraying them.

Four of his friends were beheaded, he said.

People in rural areas of northeast Nigeria, Africa’s most populous country, have largely been left at the mercy of Boko Haram by a government whose security forces have mainly retreated from the countryside to protected garrison towns.

Villagers are caught in a deadly Catch-22. If they report the militants to Nigerian authorities, they risk gruesome reprisals by Boko Haram, a group known for abducting schoolgirls and killing tens of thousands of people. If they stay silent, they risk the wrath of the Nigerian military, which has been accused of routinely shooting villagers dead and burning their houses down during raids, as well as detaining people for years in inhumane conditions.

In Zabarmari, villagers struggle to eke out a living through subsistence farming and fishing.

“We are accused of being collaborators by both the security operatives and the insurgents, when all we did was” look for peace, said Garbati Sani, a village elder. “What do we do to stay safe?”

Militants came to the farmers as they were working in rice fields Nov. 28 and told the workers that they needed their help with something, several residents said in interviews. Thinking that they were protected by the peace deal, around 50 farmers went with the militants to the nearby village of Koshebe.

But when they arrived, more militants appeared and took most of them into a building where they slit their throats. Later, other bodies were found nearby, bringing the total number of dead to more than 70, villagers said. In addition, the militants abducted about a dozen women from the village.

Boko Haram and its offshoots have terrorized northeastern Nigeria, as well as parts of Cameroon, Chad and Niger, for more than a decade. When Muhammadu Buhari was elected president in 2015, it was partly on a promise to use his expertise as an army general to resolve the crisis.

Buhari has claimed repeatedly that Boko Haram has been defeated or greatly weakened, and the government has encouraged displaced people to return to their home areas.

But in fact, the military’s strategy of retreating to highly militarized garrison towns — or “supercamps” — has left over 1 million people in rural areas to fend for themselves. And the situation has deteriorated in recent months, so much so that the governor of Borno, which includes Zabarmari and is the country’s worst-affected state, last week called for the federal government to send in mercenaries.

Boko Haram’s leader, Abubakar Shekau, pledged allegiance to the Islamic State in 2015, a year after the abduction of hundreds of schoolgirls from the village of Chibok in Borno State. But when in 2016 several Boko Haram commanders split off to form their own faction, Islamic State West Africa Province, the Islamic State group backed them.

It was the Shekau faction, widely considered to be more bloodthirsty than the other group, that claimed the Zabarmari attack, in a video circulated on social media.

“We are the ones that carried out that job,” said the spokesman in the clip, slung with ammunition, his face wrapped in a scarf. “You thought you can arrest one of us, and hand him over to soldiers and expect to stay in peace?”

Residents had alternate theories about what had motivated Boko Haram to carry out the massacre.

One said a member of Boko Haram had come to the village and asked a local woman to cook him some food. She told her neighbors, who tipped off authorities, and the militant was arrested.

Surviving farmers said that they would return to their fields because there was no way they could eat otherwise. Conflict and other conditions in northeastern Nigeria have made the people there desperately hungry, and the region could face a famine in the next few months if nothing is done, according to the United Nations World Food Program.

Villagers in Zabarmari said that those killed were mostly young men, many of them the breadwinners in their families.

“The elderly were not killed because, according to the insurgents, they don’t have enough blood,” said Idi Musa, a fisherman who sat near the mosque, clutching his prayer beads.

But older people in areas controlled by Boko Haram have suffered abuses, torture and killing that amount to war crimes and possibly crimes against humanity, according to a report released by Amnesty International this week.

Many have also had to watch their children and grandchildren die.

On the morning he was killed, one of the farmers, Zakariyau Mohammed, 20, told his father to rest up while he went to the farm.

“I didn’t know it was the last smile I would ever see on his face,” said his father, Sa’adu Mohammed, a tall, slim man in his late 60s, standing outside his modest home of unplastered bricks.

Zakariyau had been a dedicated son, spending all the money he could earn on looking after his family, his father said. He had been planning to get married.

“He was everything I felt proud of,” Mohammed said.