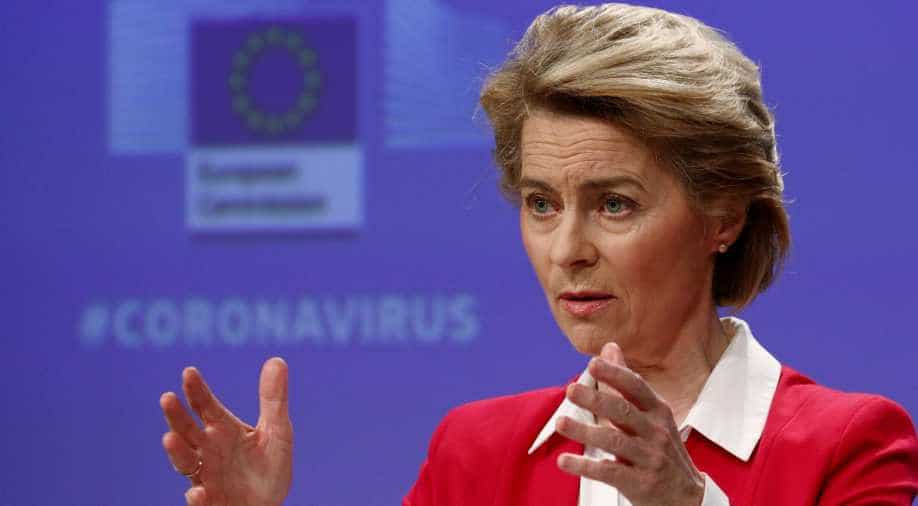 EU leader Ursula von der Leyen warned Monday that Britain is legally obliged to respect the Brexit withdrawal agreement, which must form the basis on any future relationship.

"I trust the British government to implement the Withdrawal Agreement, an obligation under international law and prerequisite for any future partnership," the president of the European Commission said.

Von der Leyen issued her warning after British Prime Minister Boris Johnson gave a deadline for a post-Brexit trade agreement with the European Union. He has set October 15 as the deadline, brushing off fears about "no-deal" chaos if talks fail.

This week, the eighth round of negotiations between the two will resume in London. Both sides talking increasingly tough, amid accusations of intransigence and political brinkmanship.

His EU opposite number, Michel Barnier, this week said the talks stood or failed on the need to get an accord on EU access to UK fishing waters and state aid rules, but Britain was giving no ground.

According to Brussels, it indicated that mid-October was the latest a deal could be struck, given the need for translation and ratification by the European Parliament.

Despite months of refusing to confirm a firm cut-off date, Johnson agreed.

"There needs to be an agreement with our European friends by the time of the European Council on October 15 if it's going to be in force by the end of the year," he said in remarks released by his office.

"So, there is no sense in thinking beyond that point. If we can't agree by then, then I do not see that there will be a free trade agreement between us."

If this happens, the United Kingdom will have an "Australia-style" deal with the EU or one similar to that agreed with Canada and other countries, he said.

Australia trades with the EU under World Trade Organization rules and tariffs. But Johnson, whose government had said it wanted a "zero tariff, zero quota" regime, insisted it would still be a "good outcome" for Britain.