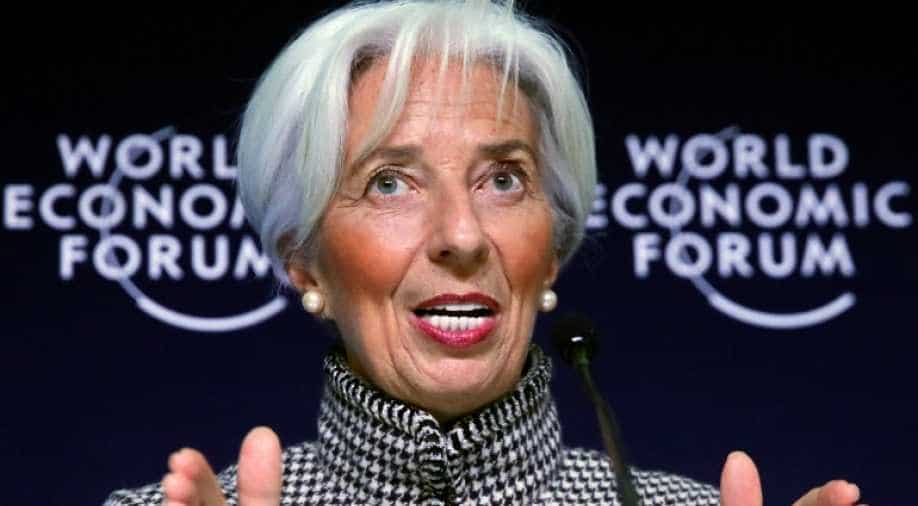 The post became vacant after Lagarde was tapped by EU leaders to head the European Central Bank.

EU members have yet to reach a consensus on a candidate to replace Christine Lagarde as head of the International Monetary Fund, missing a July deadline they set themselves to fill the job, the French finance ministry said Thursday.

"At this stage, although some candidates' names gather more support than others, there is not yet a full consensus around one name," the ministry, which is spearheading efforts to find a replacement for France's Lagarde, told reporters in a message.

The post of IMF managing director goes to a European by convention while an American heads the World Bank.

The post became vacant after Lagarde was tapped by EU leaders to head the European Central Bank.

The name of current ECB chief Mario Draghi had also been bandied about but he said last week he was "not available" for the position.

At 71, he is also too old to hold the post, according to IMF rules, which state that the managing director must be under 65 when appointed.

French Finance Minister Bruno Le Maire, who is leading the talks on finding a candidate, has spoken to "all his colleagues" over the last few days, "in particular with Olaf Scholz", his German counterpart, his office said.

He has organised a conference call with his EU counterparts on Thursday "to update them on the latest developments following his extensive consultations, and to agree on the process to reach a consensus around one name," it added.

The IMF says any of the fund's 189 members can nominate a candidate between July 29 and September 6, after which the board will announce its shortlist of up to three names.

But with the US and Europe having the biggest voting blocs in the IMF, it would be difficult for an outside candidate to upset the tradition whereby they divvy up the IMF and World Bank jobs between them.

The convention has nonetheless come under strain in recent years, with developing economies demanding a greater say at the Washington-based institutions.

But when the World Bank job opened up this year there was no competition to the US choice of David Malpass, a former treasury official.

The IMF said last week it planned to select its new leader by October 4, meaning the new boss would be in place for the lender's annual meeting in mid-October.

Last month, the finance ministers of Germany, France, Britain and Italy met on the sidelines of a G7 meeting in Chantilly outside Paris to discuss the issue of Lagarde's replacement.

Sources said the ministers agreed that Le Maire, whose country currently heads the G7, head the discussions among EU members on coming up with a single European candidate.

Five of its 11 leaders have been French nationals and they have been the longest-serving in the institution's 75-year history.

At the Chantilly meeting, US Treasury Secretary Steven Mnuchin emphasised that naming a European to head the IMF was a convention, "not an official policy".

Former French finance minister Lagarde took over in 2011 from compatriot Dominique Strauss-Kahn, who resigned under a cloud after being arrested on charges of sexually assaulting a New York hotel maid.

The criminal charges were later dropped and Strauss-Kahn settled a civil case out of court.