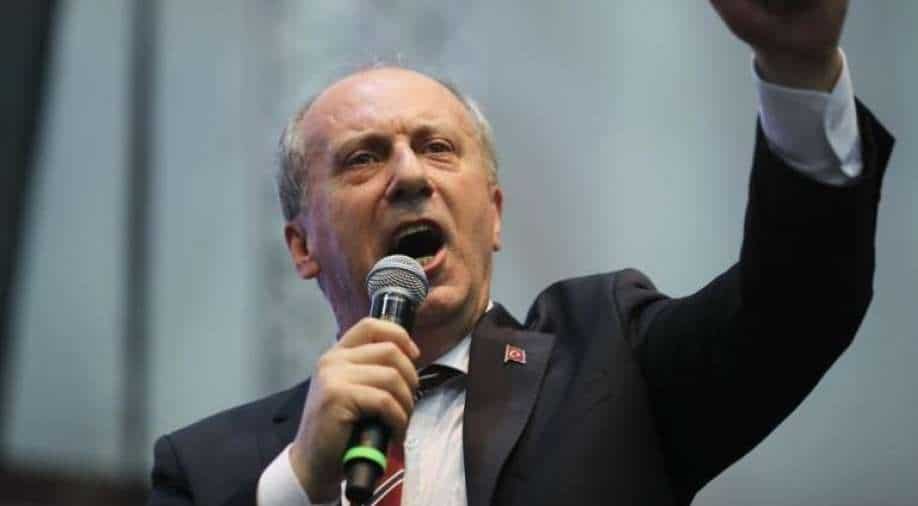 Muharrem Ince, a former Republican People's Party (CHP) MP, picked up 30.6 per cent of the vote in the last election behind Erdogan with 52.6 per cent

President Recep Tayyip Erdogan's top rival in Turkey's 2018 election said on Monday he would quit the main opposition party and establish his own movement.

Muharrem Ince, a former Republican People's Party (CHP) MP, picked up 30.6 per cent of the vote in the last election behind Erdogan with 52.6 per cent.

Ince was a combative force during the campaign, building up solid support despite Erdogan and his ruling party's alliance partner, the Nationalist Movement Party (MHP), announcing the vote just months in advance.

Since then, Ince has stayed in the limelight and brandished his secular, nationalist credentials in a nationwide tour dubbed the "Motherland movement in 1,000 days" in 2020.

"I am taking a different path," Ince told reporters in Ankara in front of an image of modern Turkey's founder Mustafa Kemal Ataturk.

Ataturk was also the founder of the CHP, but some within the party have rebelled against its current leader, Kemal Kilicdaroglu.

They include three former CHP MPs who resigned last month from the party, expressing their displeasure with its direction.

They are expected to join Ince's new party, and he implied there could be others.

Ince promised to unveil the name and logo of his new party "soon".

"We're going to present an opportunity for Turkey, a way out, a choice. We're going to create a free Turkey," Ince said in a fiery performance.

He took aim at the CHP and its leadership, criticising the party's objections to Turkey's actions in the region and its backing of Azerbaijan in its war with Armenia over the Nagorno-Karabakh region.

Ince appeared to indicate he would run for the presidency again by insisting he would get "50 per cent plus one" of the vote, which is the margin needed to become president in the first round.

The next presidential election is expected in June 2023.