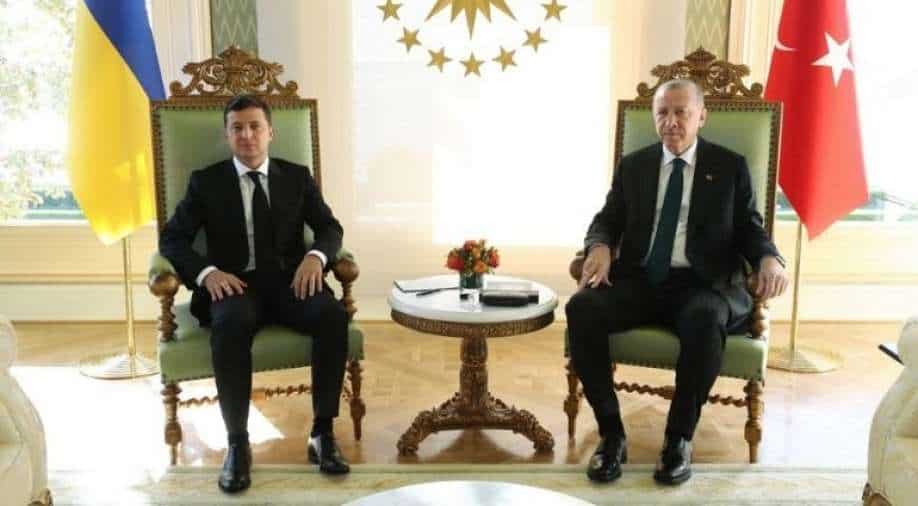 Erdogan has tried to position Turkey, which is a member of the NATO defence alliance, as a neutral mediator close to both Moscow and Kyiv

President Recep Tayyip Erdogan has said that Turkey is ready to do what it can to resolve the Ukraine-Russia crisis.

Offering to host a meeting of the country's two leaders, Erdogan accused the West of making the Russia-Ukraine crisis "worse."

"Unfortunately, the West until now has not made any contribution to resolving this issue. I can say they are only making things worse," Erdogan said.

Erdogan said that Russian President Vladimir Putin has "responded positively" to the idea and that a date for the Russian leader's visit would now be set soon.

He reiterated Turkey's determination to support Ukraine's territorial integrity added that US President Joe Biden "has not yet been able to demonstrate a positive approach".

His comments come days after his visit to his counterpart Ukrainian President Volodymyr Zelensky in Kyiv.

Erdogan has tried to position Turkey, which is a member of the NATO defence alliance, as a neutral mediator close to both Moscow and Kyiv.

Also see | Beyond full scale attack on Ukraine, what are other risky options does Russia have?

Turkey has good ties with Kyiv and Moscow but has said it would do what is necessary as a NATO member if Russia invades.

Russia has denied plans to invade Ukraine amid concern by many Western nations over its build up of more than 100,000 troops near the border, but has demanded sweeping security guarantees from the West and says it could take unspecified military measures if its demands are not met.

With growing nervousness in Eastern Europe over Russia’s buildup, much attention is focused on its placement of thousands of troops in Belarus, which shares a border not only with Ukraine but also with three NATO nations, Poland, Lithuania and Latvia

Erdogan and Zelensky also signed an agreement expanding the production of parts in Ukraine for a Turkish combat drone whose sale to Kyiv has angered Moscow.

Ankara has previously offered to help to defuse the standoff and Turkish diplomatic sources have said both Russia and Ukraine were open to the idea.

Turkey has opposed the sanctions threatened by other NATO members in response to a military incursion by Russia.