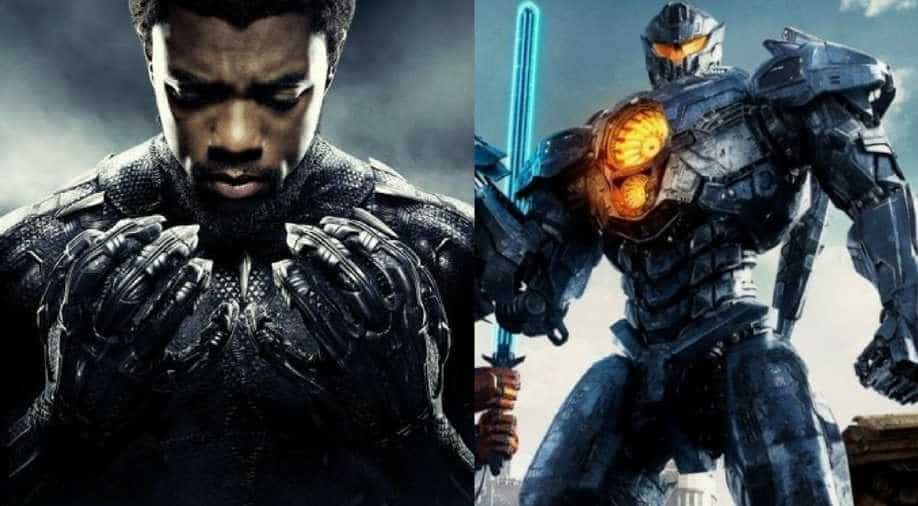 Ever since Black Panther released, it has continued to dominate the worldwide box office with over the top performing numbers. It is in fact, Marvel Studios' best-performing movie till date as Black Panther continues to rake in the moolah. On March 19, we reported that Chadwick Boseman starrer Black Panther has continued to be on the top spot in its fifth consecutive weekend with $27 million from 3,834 locations in the United States. Also Read: Black Panther's album tops Billboard 200 Chart

As Guillermo del Toro's new movie Pacific Rim: Uprising released today, fans of the movie franchise feel that it might be able to topple the Black Panther's dominance on the box-office.

The original Pacific Rim was helmed by the Mexican director while the sequel is produced by him. Del Toro handed over the directorial duties to TV creative Steven S DeKnight (Spartacus, Smallville) for the sequel.

"As Black Panther has week after week dispatched a string of high profile newcomers, Pacific Rim likely has the goods to unseat the undisputed king of the box office," Paul Dergarabedian, senior analyst at comScore, told AFP.

"It's a testament to the power of Black Panther that at six weeks into its run it still has everyone wondering if it could lead the charge once again."

The sequel is set 10 years later and follows a new generation of pilots of the first film's giant "Jaeger" military mechanoids - don't call them robots - fending off the truly enormous Kaiju monsters aiming to end humanity. Most importantly, it centres around Star Wars sensation John Boyega, whose starring parts since alien attack thriller Attack the Block in 2011 have helped amass an impressive US$3.4 billion worldwide. Boyega plays Jake Pentecost, the son of Idris Elba's character Stacker, who gave up his life to save the world in the first film.