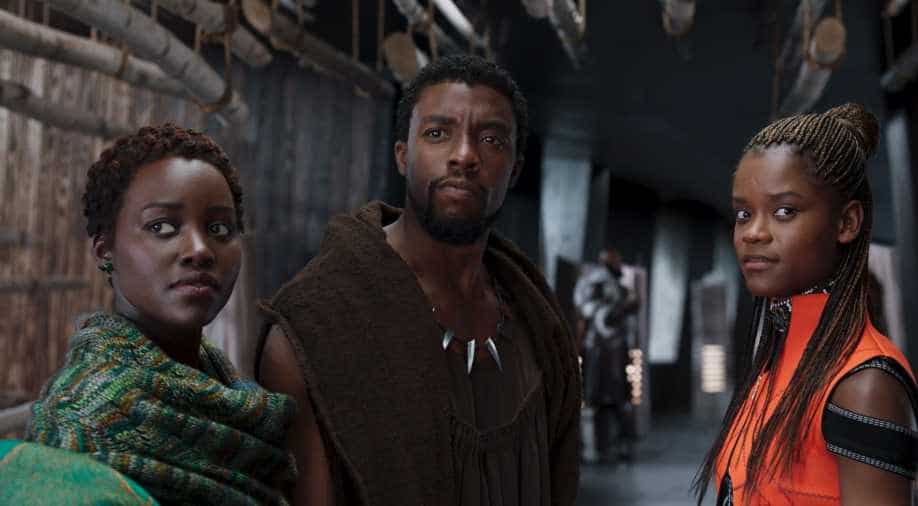 A still from Black Panther. Photograph:( Others )

Black Panther has been creating formidable impact at the Box Office ever since it released on Friday. The film, not only is being lapped up by the masses but has also been hailed as a game-changer for Hollywood. Not the just the movie, the album for the Black Panther, featuring songs by Kendrick Lamar, The Weeknd, SZA, Khalid and more, has also been doing well as it debuted at No. 1 on the Billboard 200 chart.

The set, which features music from and inspired by the blockbuster Marvel Studios film, garnered the biggest week for a soundtrack - in terms of total units earned - in a year and a half, reports billboard.com.

The album includes a number of songs by Lamar, who curated and produced the hip-hop-heavy album with Top Dawg Entertainment`s founder/CEO Anthony "Top Dawg" Tiffith.

Among the 14 songs from the Black Panther: The Album, only three are heard in the film.

Incidentally, this is the first time in Marvel Cinematic Universe history that Marvel Studios has integrated multiple original recordings specifically for a film.

Meanwhile, the film has been doing well at the box office as well as it earned nearly $218 million in the first four days in North America.