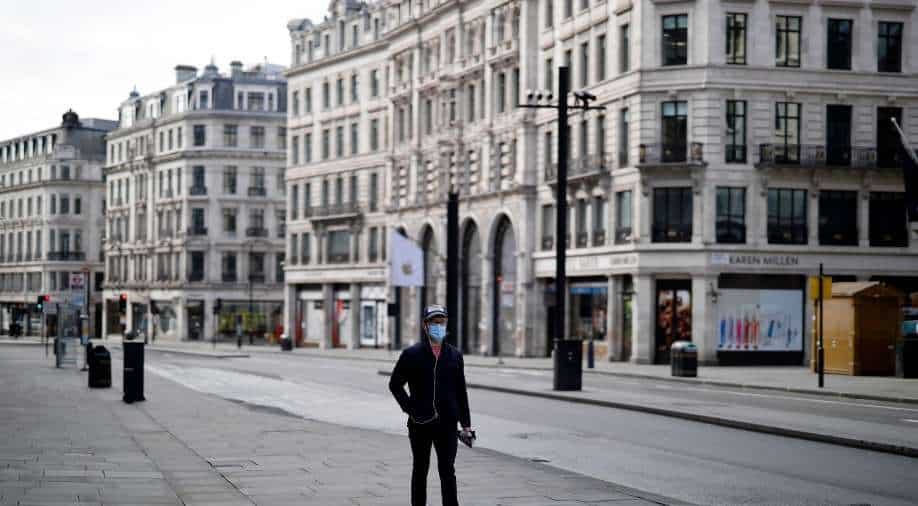 The surprise announcement came as Europe became the first region in the world to pass 500,000 deaths from Covid-19 since the pandemic broke out.

People in England will celebrate Christmas under tough new coronavirus restrictions as Europe battles a winter surge including a more infectious new strain.

In England, where a lockdown-weary population had been looking forward to a temporary five-day relaxation of virus restrictions over the festive period, Prime Minister Boris Johnson instead announced a new "stay at home" order for London and southeast England -- an area including around a third of the country's population.

The surprise announcement came as Europe became the first region in the world to pass 500,000 deaths from Covid-19 since the pandemic broke out.

Covid-19 has so far killed more than 1.6 million worldwide and has pitched the global economy into turmoil.

Johnson's move follows alarm at the speed at which the virus was spreading and a new strain that he said was "up to 70 per cent more transmissible".

"It is with a very heavy heart I must tell you we cannot continue with Christmas as planned," he told the nation in a televised briefing on Saturday.

"Alas when the facts change, you have to change your approach," he said.

Residents in the affected areas will have to go into lockdown at least until December 30, Johnson said, tearing up earlier plans that would have allowed up to three households to mix.

In the aftermath, hours later the Netherlands banned all passenger flights from Britain after finding the first case of the new, more infectious virus strain that is circulating in the UK.

The ban is in effect from 0500 GMT Sunday until January 1.

The Netherlands is under a five-week lockdown until mid-January with schools and all non-essential shops closed to slow a surge in the virus.

Italy also announced a new regime of restrictions until January 6 that included limits on people leaving their homes more than once a day, closing non-essential shops, bars and restaurants and curbs on regional travel.

Meanwhile, Europe is expected to start a massive vaccination campaign after Christmas following the United States and Britain, which have begun giving jabs with an approved Pfizer-BioNTech shot, one of several leading candidates.

Russia and China have also started giving out jabs with their own domestically produced vaccines.

The United States on Friday authorised Moderna's Covid-19 vaccine for emergency use, paving the way for millions of doses of a second jab to be shipped across the hardest-hit country in the world.

It is the first nation to authorise the two-dose regimen from Moderna, now the second vaccine to be deployed in a Western country after the one developed by Pfizer and BioNTech.

With the country now registering more than 2,500 deaths a day from Covid-19, senior officials including Vice President Mike Pence stepped up to receive early vaccinations on Friday.

President-elect Joe Biden, who will take office on January 20, announced he would get the vaccine, also in public, on Monday.