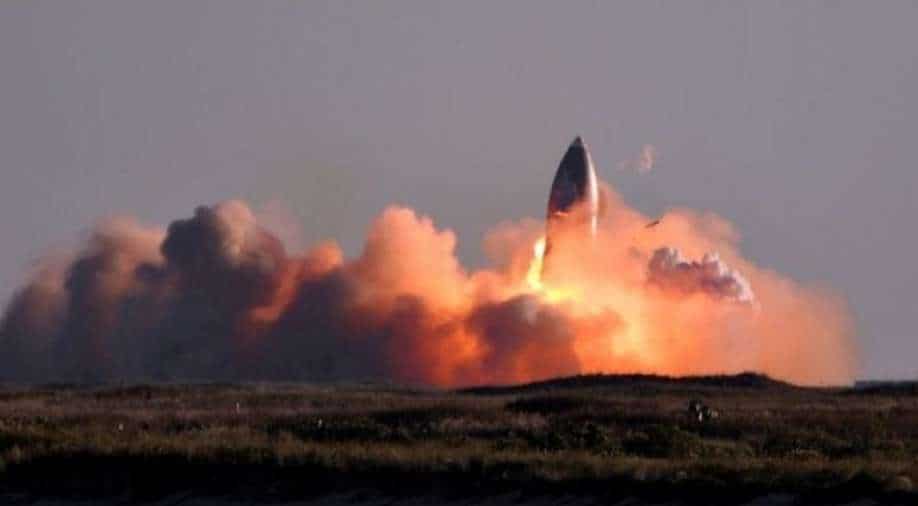 Elon Musk's SpaceX has found itself in the news again, but this time it is not for gathering praise for its yet another launch.

A local media house, The Verge, has alleged SpaceX of violating the terms of Federal Aviation Administration test license during the test launch of a rocket.

Citing sources, the media house claimed that during SpaceX's first high-altitude test flight of its Starship rocket, the space company violated the terms of the launch license.

SpaceX's Starship rocket had ended up exploding while attempting to land after a successful test launch.

The Starship rocket in question was a 16-storey-tall prototype of the heavy-lift launch vehicle which is being developed by Musk's company with the aim to carry human beings and almost 100 tons of cargo to the moon and Mars in the future.

It was a self-guided rocket and had blown up on the touch down on a landing pad after a controlled descent. The rocket was expected to reach an altitude of 41,000 feet using the newly developed Raptor engines of SpaceX.

However, Elon Musk-owned company has not clarified whether or not the rocket was able to reach that altitude.

An investigation has been launched focusing on the explosive landing and SpaceX's refusal to follow the FAA terms.

"We will approve the modification only after we are satisfied that SpaceX has taken the necessary steps to comply with regulatory requirements," the FAA said in a statement.