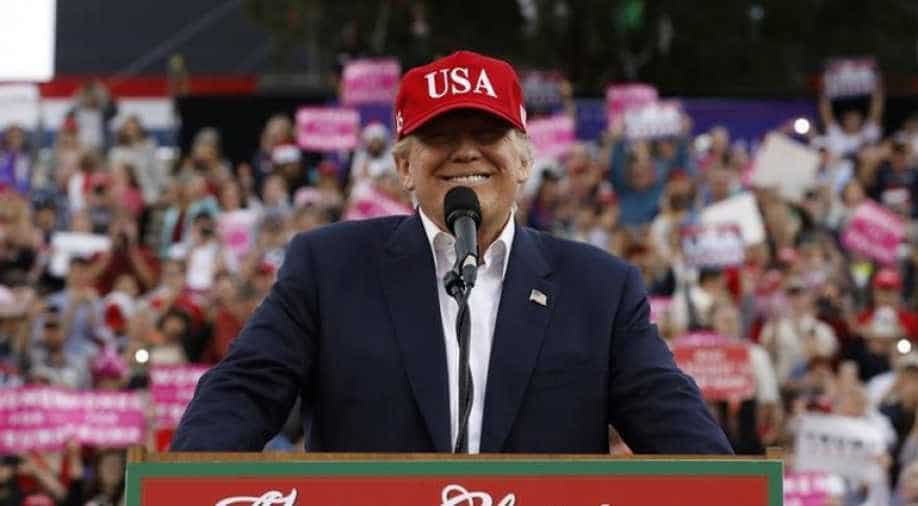 Texas upped the votes in Trump's favour with 36 out of 38 votes being cast for him.? Photograph:( Reuters )

Nearly six weeks after his upset victory over Hillary Clinton and after countless protests, the votes paved way for Trump to succeed Barack Obama as the 45th President of the United States of America.

Trump promised to work to unite a divided America after the results were declared.

"I thank the American people for their overwhelming vote to elect me as their next president of the United States," Trump said.

"With this historic step we can look forward to the bright future ahead. I will work hard to unite our country and be the president of all Americans," he pledged.

We did it! Thank you to all of my great supporters, we just officially won the election (despite all of the distorted and inaccurate media).

"Congratulations to @realDonaldTrump; officially elected President of the United States today by the Electoral College!" tweeted Vice President-elect Mike Pence as the results came in.

Congratulations to @RealDonaldTrump; officially elected President of the United States today by the Electoral College!

The results of Electoral College will be officially declared on January 6 in a joint session with the Congress.

Usually, the voting is given little importance, with electors officially casting votes for the candidate that won the popular tally in their state.

However, amid allegations of rigging to Russian interference in the 2016 elections, the votings were thought to give a clear winner.
Democratic activists protested and urged Republican electors to break ranks and refuse to vote for him.

To prevent Trump from becoming president, the protesters needed to persuade at least 37 Republican electors to not vote for Trump.

However tables turned with four Democratic electors voting for someone other than Clinton, the New York Times tally indicated.

Texas upped the votes in Trump's favour with 36 out of 38 votes being cast for him.

Two Republican electors did not cast their votes for Trump.