Eiffel Tower lit up to celebrate 75th birthday of UNESCO 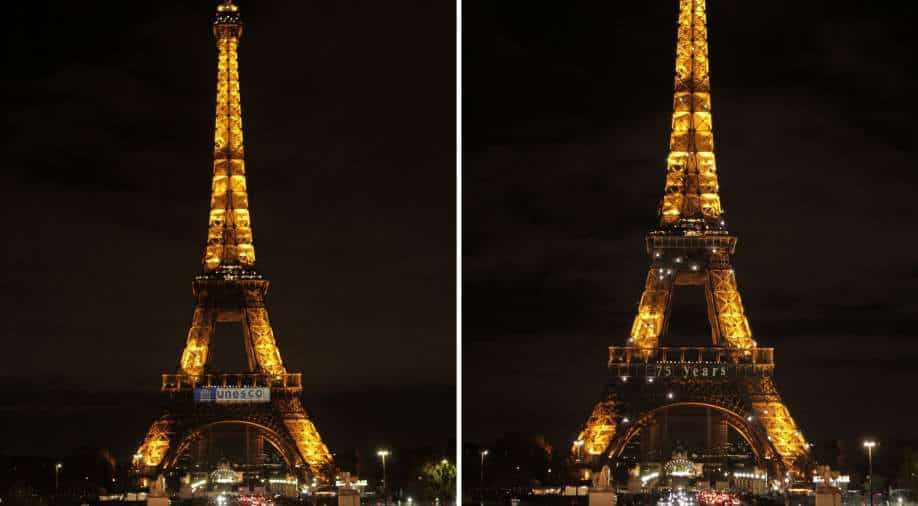 The Eiffel Tower was lit up to celebrate the 75th birthday of the United Nations Educational, Scientific and Cultural Organization (UNESCO).

“In a sign of the French capital's friendship towards the organisation it has hosted since 1946, the tower displayed the words ‘75 years’ alongside the UNESCO logo, a stylised Greek temple and ‘symbol of hope for the creation of a peaceful world’,” the United Nations’ special agency said.

The Friday’s light show was part of a wider ceremony which included the visits of over 20 heads of state and a projection of works by the Brazilian photographer Sebastiao Salgado at the body's headquarters.

Noting that “UNESCO’s role is more critical than ever”, UN Secretary-General, António Guterres said the UN’s special agency was born as a pillar of the United Nations system, in “the wake of one of the darkest chapters in human history”.

“For more than 75 years, UNESCO has promoted dialogue and mutual understanding. World Heritage sites, Biosphere Reserves…emerged at UNESCO”, he said.

The Paris-based agency was founded in 1945 as the successor to the League of Nations' International Committee on Intellectual Cooperation.

It is best known for designating and protecting archaeological and heritage sites, from the Galapagos Islands to the tombs of Timbuktu.

Audrey Azoulay, a former French culture minister, was elected to a second four-year term as its director-general earlier this week.