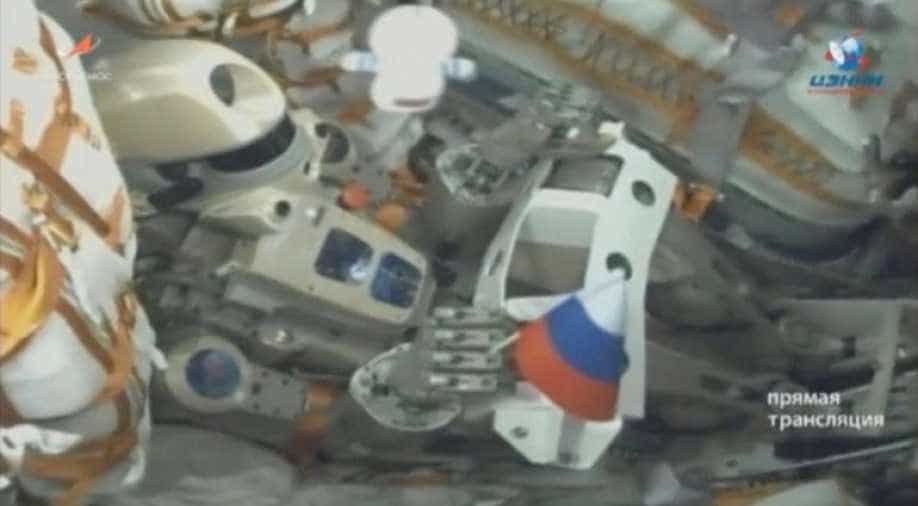 A still image, taken from a video footage and released by Russian space agency Roscosmos, shows robot Skybot F-850, also known as FEDOR, inside the Russian Soyuz MS-14 spacecraft carried by Soyuz-2.1a booster after the launch from the Baikonur Cosmodrome, Kazakhstan. Photograph:( Reuters )

NASA senthumanoid robot Robonaut 2 to space in 2011 to work in hazardous environments.

A Russian humanoid robot was making its way on Thursday to the International Space Station after blasting off on a two-week mission to support the crew and test his skills.

Known as FEDOR, which stands for Final Experimental Demonstration Object Research, the Skybot F-850 is the first humanoid robot to be sent to space by Russia.

NASA senthumanoid robot Robonaut 2 to space in 2011 to work in hazardous environments.

"The robot's main purpose is to be used in operations that are especially dangerous for humans onboard spacecraft and in outer space," Russian space agency Roscosmos said on Thursday after the launch from the Baikonur Cosmodrome.

The ISS is a joint project of the space agencies of the United States, Russia, Europe, Japan, and Canada.

Travelling in an unmanned Soyuz MS-14 spacecraft, FEDOR is expected to dock at the ISS on Saturday with 1,450 pounds (660 kg) of cargo including medical supplies and food rations for the crew waiting at the station, NASA said.

FEDOR, who is the size an adult and can emulate movements of the human body, has embraced his mission, describing himself as "an assistant to the ISS crew" on his Twitter page, which has 4,600 followers.