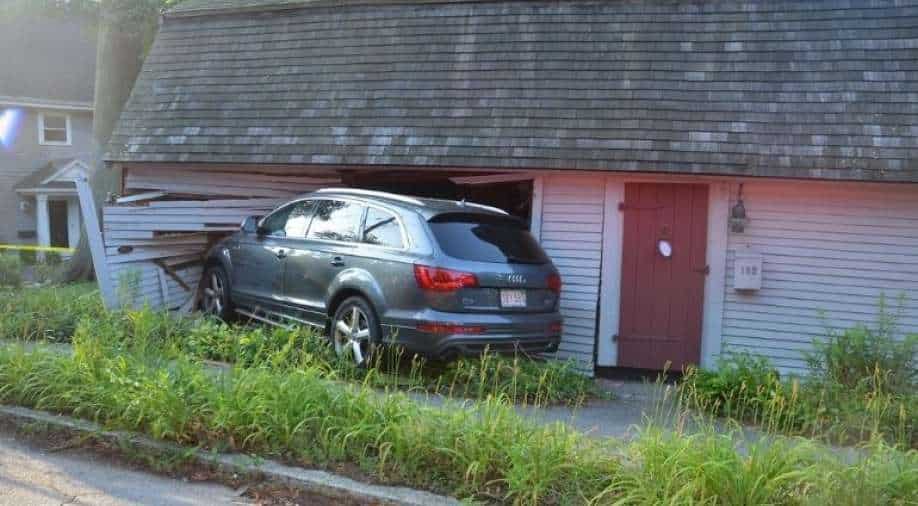 A driver rammed his car into a historical cottage built by the ancestor of former US President Abraham Lincoln in an attempt to save a squirrel's life. We are not making this up!

The story of a teenage driver from the United States is the most American thing you'll come across today. Last week, a teen driver in Massachusetts lost control of their car in an attempt to avoid hitting a squirrel.

Then, the car rammed into a home. Turns out, it's not just any ordinary home. The house was built by an ancestor of former United States President Abraham Lincoln, as reported by local authorities.

On July 15, police officers attended to a call and headed to the Samuel Lincoln Cottage situated in Hingham. According to the Boston Globe, the now damaged cottage was first built in 1650.

According to the police, the driver is a 19-year-old who was in a 2014 Audi Q7. In an attempt to avoid the squirrel, the driver steered towards his right, driving over the sidewalk into the front of the house.

When the dust settled, half of the vehicle was inside the house. Fortunately, nobody in the cottage sustained any injuries. Police officers issued a citation to the driver for failing to stay in lanes.

Also read: My administration has done more for blacks than any president since Abraham Lincoln: Trump

Authorities released the images of the damage, in what appeared that the card had breached the living room of the cottage.

A car crashed into an occupied home this morning on North St. No Injuries. North St. is fully open. More info https://t.co/Dcu6k61nQk pic.twitter.com/rN8Ev8lcIb

The incident took place around 6 AM when the homeowners were still asleep upstairs, as reported by Zenger News. Now, the owners are planning to get the cottage repaired, for which they are planning to hire specialists.

The vehicle was removed from the house on the same day at 10 am, according to the police.

Samuel Lincoln was Abraham Lincoln's great-grandfather. And the cottage is situated on the same as Samuel Lincoln House, which was also built by former president's relatives.