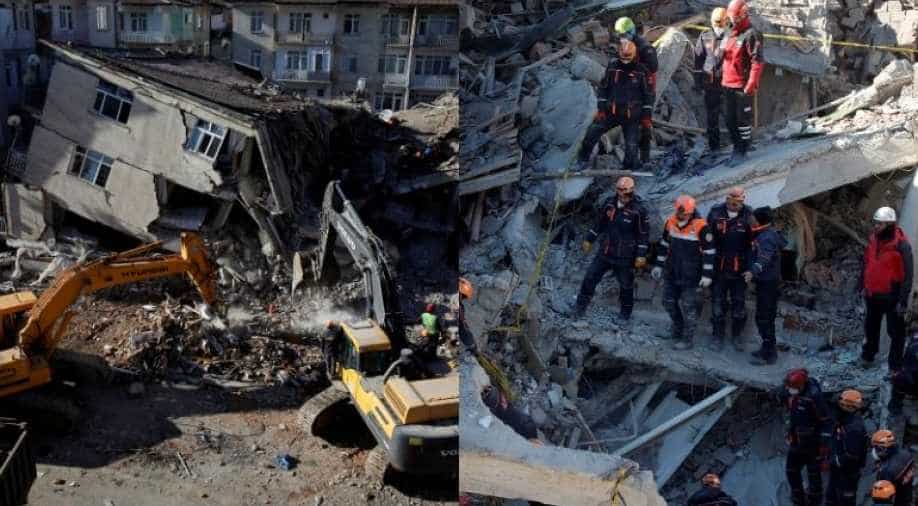 31 killed, 1,600 injured; earthquake followed by more than 700 aftershocks, as per data from Disaster and Emergency Authority of Turkey

Rescue teams working through the night pulled 45 people from collapsed buildings, Turkey's disaster authority said on Sunday, as the death toll from a powerful earthquake in the country's east rose to 35. Rescuers operating in sub-zero temperatures used drills, mechanical diggers and their bare hands to continue the search for survivors at three sites in Elazig province, where the magnitude 6.8 quake struck on Friday evening.

It killed 31 people there and four in the neighbouring province of Malatya, and was followed by more than 700 aftershocks, Disaster and Emergency Authority AFAD said on Sunday. More than 1,600 sustained injuries. Broadcast footage showed a 35-year-old woman and her infant daughter emerging from rubble in the Mustafa Pasa district of Elazig, some 550 km (340 miles) east of the capital Ankara. 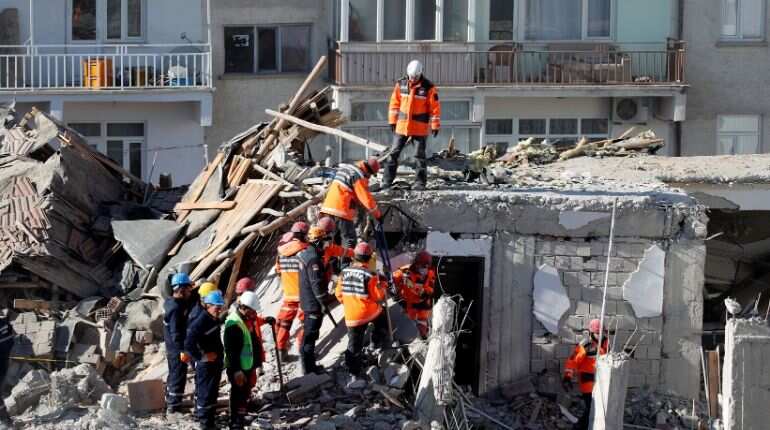 [ Rescue workers search the site of a collapsed building after an earthquake in Elazig, Turkey (Courtesy: Reuters) ]

Rescuers who heard their screams took several hours to reach them in temperatures as low as -4 degrees Celsius (24.8°F), state media said. The woman's husband was among those who died. AFAD said search and rescue operations were still underway at three different sites in Elazig.

Other provinces sent thousands of emergency workers to support rescue efforts, which were also supplemented by hundreds of volunteers, officials said. Tents, beds and blankets were provided to shelter those displaced by the quake. AFAD urged residents not to return to damaged buildings because of the potential risk of collapse. It said officials had identified 645 heavily damaged and 76 collapsed buildings in the two provinces.

President Tayyip Erdogan said steel-framed houses would be rapidly built in the region to provide housing for displaced residents. Speaking on Saturday during a visit to Elazig and Malatya, he called the quake a test for Turkey.

The country has a history of powerful earthquakes. More than 17,000 people were killed in August 1999 when a 7.6 magnitude quake struck Izmit, a city southeast of Istanbul. In 2011 a quake in the eastern city of Van killed more than 500.