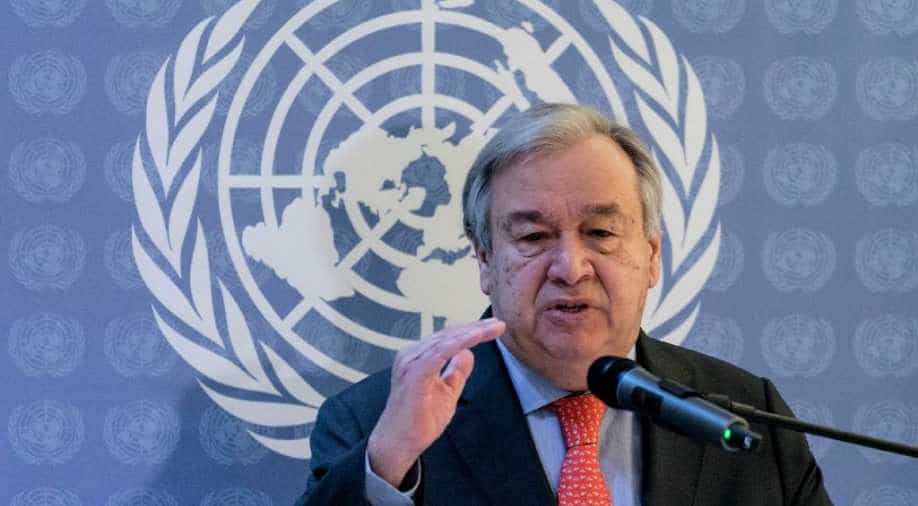 As the world continues to grapple with new waves of the coronavirus with increasing number of infections in some regions, United Nations Secretary-General Antonio Guterres has stressed the need to double the capacity of global vaccine production.

Guterres has also called for a fairer distribution of the shots in the developing nations of the world.

"And we believe that Sputnik is one of the key elements in being able to address this challenge and I believe that the Russian Federation has several agreements in perspective with countries in this regard," the UN chief added.

Guterres also hinted at nations like India and Nepal that are currently grappling with a deadly wave of the virus.

Nepal's hospital have also been grappling with the oxygen crisis amid a shortage of vaccines with daily new cases rising 60-fold since April 1 and nearly a thousand people have died in the past ten days.

Nepal has banned Indian flights after the variant found in the country reached the Himalayan kingdom.

Guterres expressed hope that Russia's Sputnik V vaccine could help in addressing the challenge of providing a more equitable distribution of vaccines.

Last October, South Africa and India had submitted a request to the WTO to waive intellectual property rights on vaccines and other medical technologies needed to combat the coronavirus for the duration of the pandemic with more than hundred countries supporting the call.

The move could allow more companies to produce the vaccine around the world, thus increasing the availability of vaccines.