'Don't rely too much' on COVID intel from US, says WHO team member 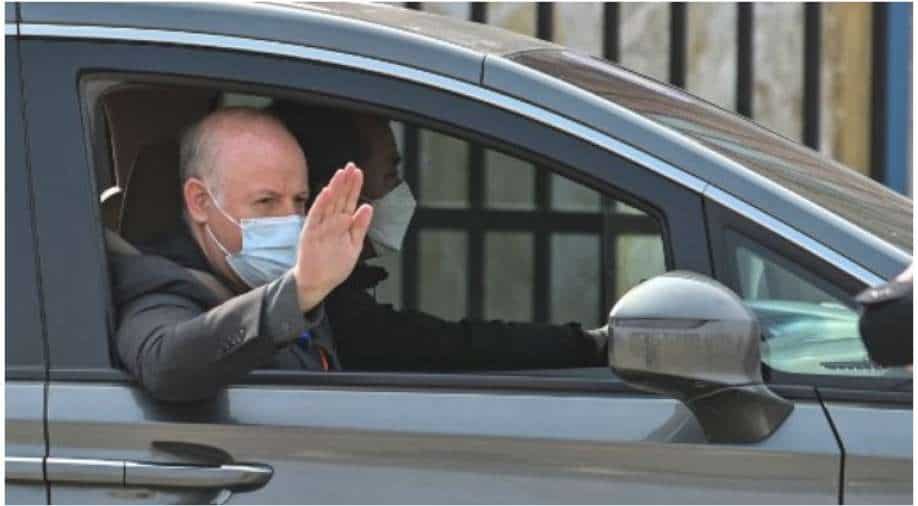 Peter Daszak and other members of the World Health Organization (WHO) team investigating the origins of the COVID-19 coronavirus, leave the Wuhan Institute of Virology in Wuhan, in China's central Hubei province on February 3, 2021 Photograph:( AFP )

Peter Daszak, a member of the WHO team, waded directly into the murky geopolitics which covers the pandemic origin story

A member of the special WHO mission to China said on Wednesday that US intelligence on the origin of the coronavirus was not reliable. His comments came after Washington cast doubts on the transparency of the probe. The World Health Organisation (WHO) mission ended on Tuesday without finding the source of the virus. Members of the team sent by the WHO had to do a balancing act as they walked a diplomatic tightrope.

Chinese authorities closely followed the WHO team as it visited places within China, including the Wuhan market which is considered to be the origin of the pandemic. Very little information was forthcoming and bits trickled out via personal Twitter accounts during the mission. More details emerged as the team members prepared to leave China.

Peter Daszak, a member of the WHO team, waded directly into the murky geopolitics which covers the pandemic origin story.

President Joe Biden "has to look tough on China", he said in a tweet adding: "Please don't rely too much on US intel: increasingly disengaged under Trump & frankly wrong on many aspects."

Daszak also tweeted that they worked "flat out under the most politically charged environment possible".

Well now this👇. @JoeBiden has to look tough on China. Please don’t rely too much on US intel: increasingly disengaged under Trump & frankly wrong on many aspects. Happy to help WH w/ their quest to verify, but don’t forget it’s “TRUST” then “VERIFY”! https://t.co/ukaNAkDfEG

His comments were linked to an article referencing US state department comments which cast doubt over the transparency of China's co-operation with the WHO mission.

State Department spokesman Ned Price said the White House "clearly support this investigation", but shared criticism that China concealed information.
Asked if China had fully cooperated with the WHO team, Price told reporters: "I think the jury's still out."

Daszak heads US-based non-profit EcoHealth Alliance, which monitors epidemic outbreaks and has partnered for more than a decade with the Wuhan Institute of Virology on joint research of coronaviruses.

He has been one of the most vocal proponents of a natural origin and in comments to AFP last year dismissed the possibility of a leak from the Wuhan lab as a politically motivated "conspiracy theory" pushed by Trump.

Last year, the Trump administration abruptly terminated a US government grant supporting the group’s joint research with the Wuhan facility, a move the scientific community criticized as political.

Despite failing to find the virus origins a year after the pandemic began, the team of foreign experts in China did agree it likely jumped from bats to an unknown animal species before transmitting to humans.

They also concluded the theory of lab experiment gone wrong was "extremely unlikely", while introducing new avenues of inquiry -- chiming with China's view that it may have originated overseas or have been spread by frozen foods.