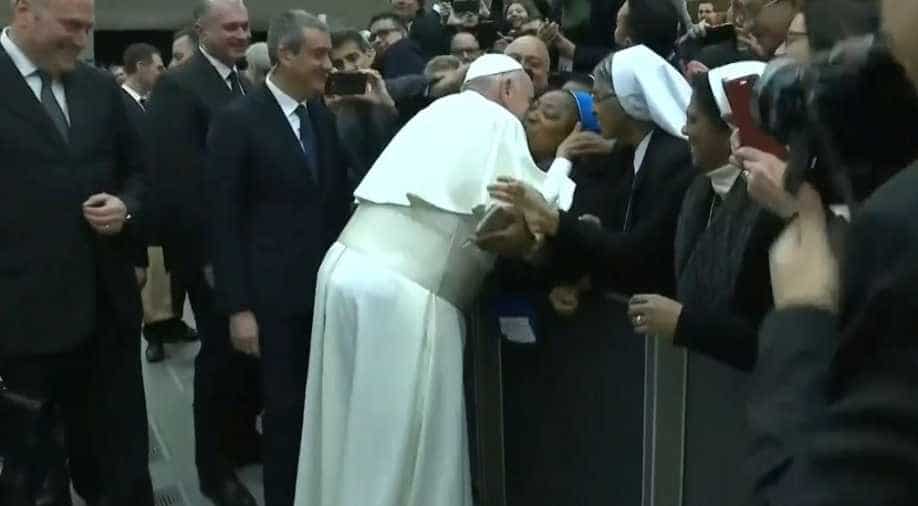 Pope Francis kisses a nun on the cheek after making a joke to her saying "You bite! I will give you a kiss but you stay calm. Don't bite!" as he arrives for the general audience at the Vatican. Photograph:( Reuters )

Last week Pope Francis made headlines after he was caught on camera pulling away from a woman and slapping her hand at St Peter's Square.

After last month's incident, wherein a disgruntled Pope slapped a woman's hand on being abruptly pulled towards her, Pope Francis on Wednesday cheerfully agreed to a nun's request for a kiss... but on a condition.

While the pontiff was walking into the large hall at the start of his weekly audience at the Vatican, a nun shouted in Italian and asked him for a kiss. Pope Francis looked at her and said that she will get a kiss if she doesn't bite. 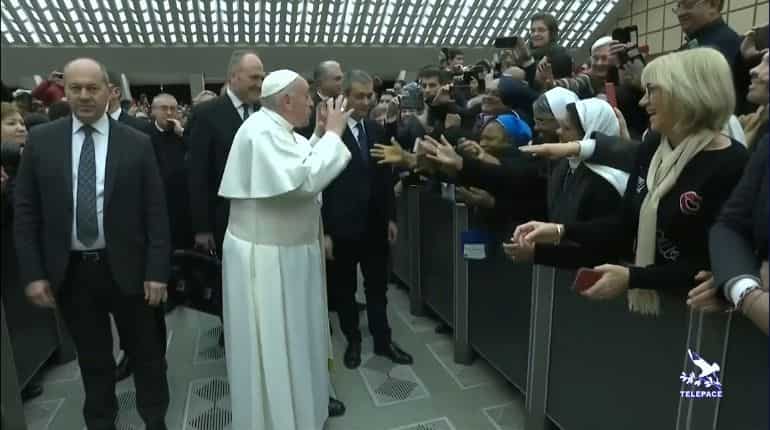 Francis then joked, "Stay calm! I will give you a kiss but you stay calm. Don't bite!" news agency Reuters reported.

The nun received a kiss from the pontiff on her right cheek to which she responded saying "Grazie, Papa".

Last week Pope Francis made headlines after he was caught on camera pulling away from a woman and slapping her hand at St Peter's Square.

While walking through St Peter's Square in the Vatican City, Pope met and greeted people and pilgrims on the sideways when he was abruptly pulled by a woman.

In the video, the woman could be seen making the sign of the cross as the Pope approached. She abruptly grabbed his hand and pulled him towards her, causing him pain.

A visibly disgruntled Pope slapped the woman's hand to free himself from her grasp and pulled away while exhibiting pain and annoyance. 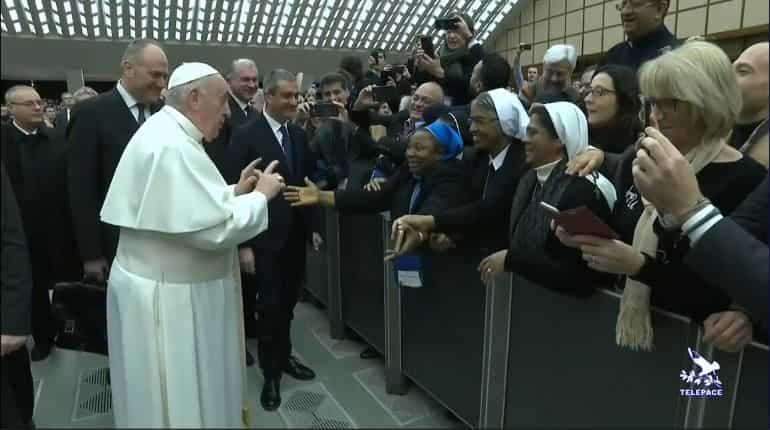 The incident took place when Pope Francis was out to meet and greet people at a New Year's Eve gathering at St Peter's Square.

The pontiff then issued a statement of apology saying that he apologises for the "bad example".