'Disaster Girl' sells original meme-worthy photo for half a million 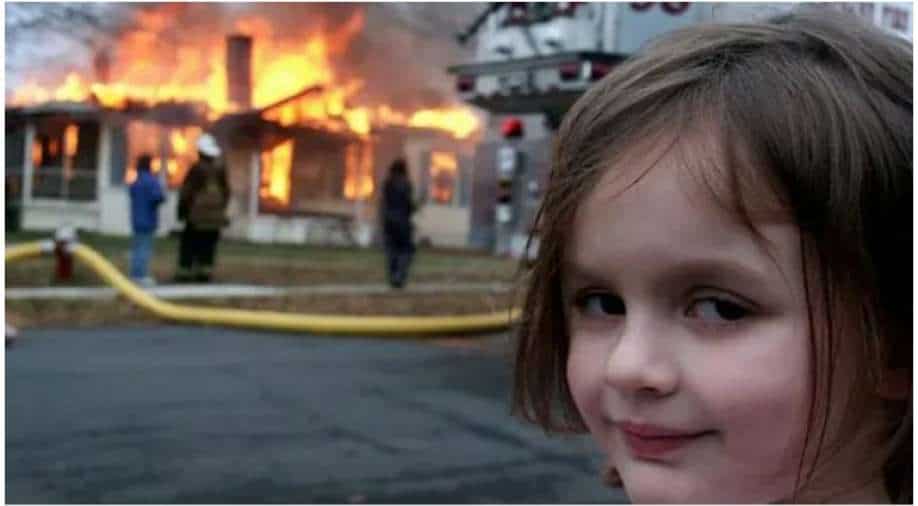 We have all seen this meme. A girl smiling (sort of!) while a house burns like crazy in the background!

It's a world of memes. From depicting heartbreak to shooting a sarcastic, funnily helpless comment at life, memes do it all. And some memes have achieved legendary status. But how legandary? Well just say a meme brought a woman about half a million dollars.

We have all seen this meme. A girl smiling (sort of!) while a house burns like crazy in the background! The disaster girl meme came to represent many things. From heartless maniacs laughing while someone else's property burns to helpless souls who were forced to smile as their life burned in the background.

She is 21 now and is a university student. The money, she says, is going to be used to pay of her student debt and remaining money will be given to charity.

The buyer of her photo simply identifies as 3FMusic. It is believed his real name is Farzin Fardin Fard. As per media reports he is chief executive of a music production company based in Dubai

But what was happening in the picture after all?

It turns out that Zoe Roth was not smiling wickedly. And the fire behind her was started by firefighters on purpose as a controlled blaze.

Florida governor tightens voter law in appeal to Trump base