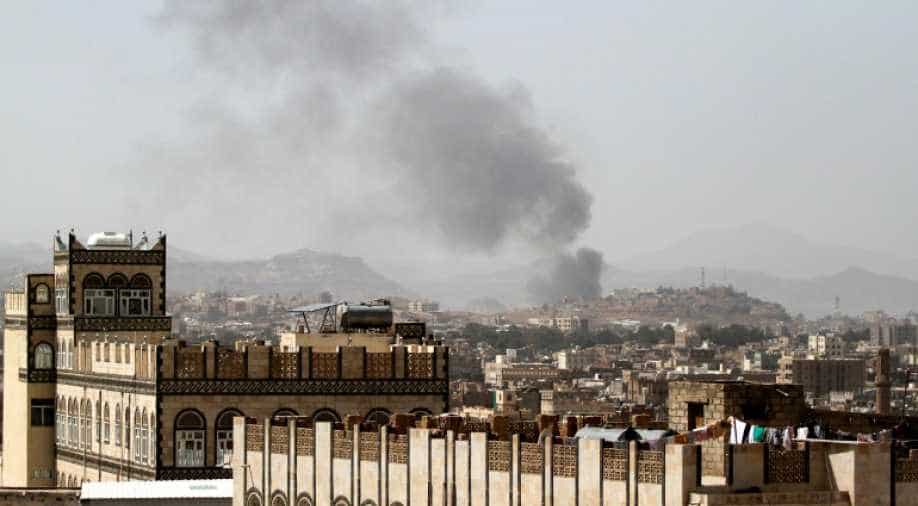 The war that has ravaged Yemen has especially impacted the country's estimated 4.5 million people living with disabilities, Amnesty International warned in a report Tuesday.

"Yemen's war has been characterised by unlawful bombings, displacement and a dearth of basic services, leaving many struggling to survive," said Rawya Rageh, senior crisis adviser at Amnesty.

"The humanitarian response is overstretched, but people with disabilities, who are already among those most at risk in armed conflict, should not face even greater challenges in accessing essential aid."

The conflict between Saudi-backed government forces and Iran-backed Huthi rebels has raged since 2015, sparking what the United Nations terms the world's worst humanitarian crisis.

Amnesty reported that many people with disabilities who have been forced to flee the violence had to leave behind their crutches or wheelchairs in the chaos of war.

In the worst cases, it was the disabled people themselves who were left behind by their families after being separated while fleeing their homes, said the report.

Published on the International Day of Persons with Disabilities, the report documented the experience of 53 women, men and children with a wide spectrum of disabilities.

Amnesty pointed to "design flaws" in camps for the displaced, including in latrines and at aid distribution points, that were impacting people with disabilities.

These "strip people with disabilities of their independence and dignity by forcing them to rely on their families or others," it said.

A 75-year-old man with limited mobility said he needed to have his sons take him to the latrine, telling the group's researchers: "They drag me. They can't carry me."

Rageh called on organisations providing humanitarian aid to "do more to overcome the barriers that prevent people with disabilities from meeting even their most basic needs".

The brutal war and economic collapse had hit hard public health care and social welfare services, "resulting in a systematic failure to guarantee the rights of people with disabilities".

"Many rely on handouts or fend for themselves, with some forced into poverty to pay for basic supplies like medicines or adult diapers," Amnesty said.

"One man with a disability was forced to beg along the highway."