Details on FBI Inquiry into Kavanaugh draw fire from Democrats 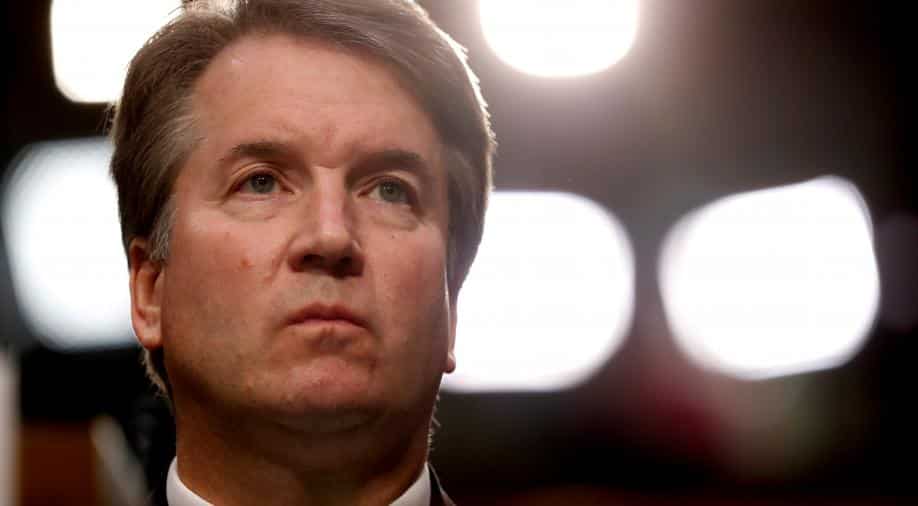 In a letter dated June 30 to two Democratic senators, Sheldon Whitehouse of Rhode Island and Chris Coons of Delaware, an FBI assistant director, Jill C. Tyson, said that the most “relevant” of the 4,500 tips the agency received during an investigation into Kavanaugh’s past were referred to White House lawyers in the Trump administration, whose handling of them remains unclear

Nearly three years after Justice Brett Kavanaugh’s tumultuous confirmation to the Supreme Court, the FBI has disclosed more details about its efforts to review the justice’s background, leading a group of Senate Democrats to question the thoroughness of the vetting and conclude that it was shaped largely by the Trump White House.

In a letter dated June 30 to two Democratic senators, Sheldon Whitehouse of Rhode Island and Chris Coons of Delaware, an FBI assistant director, Jill C. Tyson, said that the most “relevant” of the 4,500 tips the agency received during an investigation into Kavanaugh’s past were referred to White House lawyers in the Trump administration, whose handling of them remains unclear.

The letter left uncertain whether the FBI itself followed up on the most compelling leads. The agency was conducting a background check rather than a criminal investigation, meaning that “the authorities, policies, and procedures used to investigate criminal matters did not apply,” the letter said.

Tyson’s letter was a response to a 2019 letter from Whitehouse and Coons to the FBI director, Christopher A. Wray, posing questions about how the FBI’s review of Kavanaugh was handled.

Whitehouse and six of his Democratic colleagues on the Senate Judiciary Committee replied to the FBI’s letter on Wednesday with demands for additional details on the agreement with the White House that governed the inquiry. They also pressed for more information on how incoming tips were handled.

“Your letter confirms that the FBI’s tip line was a departure from past practice and that the FBI was politically constrained by the Trump White House,” the senators wrote. Among those signing the letter were Sen. Dick Durbin of Illinois, the committee’s chair, Coons and Sen. Cory Booker of New Jersey.

Donald McGahn, the White House’s general counsel at the time, and the FBI did not immediately respond to requests for comment.

Former President Donald Trump has long taken credit for Kavanaugh’s confirmation, which was almost derailed over allegations by a California professor that Kavanaugh had sexually assaulted her during a high school gathering in the early 1980s.

Despite widespread concern over the claims — which were followed by other allegations of sexual misconduct, all of which Kavanaugh has consistently denied — Trump steadfastly backed the judge. He deployed McGahn to shepherd Kavanaugh through the unusually fraught confirmation, which culminated in a heated, daylong hearing in September of 2018.

Both Christine Blasey Ford, the professor who said she was assaulted, and Kavanaugh were grilled by senators on the Judiciary Committee.

In a recent interview with author Michael Wolff, Trump put his handling of Kavanaugh into stark terms, asking “Where would he be without me? I saved his life.”

But in addition to offering shows of support, the Trump White House carefully controlled the investigations into Kavanaugh’s past. After Ford came forward, Trump’s staff tried to limit the number of people the FBI interviewed as part of that probe. Only after an outcry from Democrats over the president’s approach did the administration say the agency could conduct a more open investigation.

Sen. Richard Blumenthal, D-Conn., who signed Wednesday’s letter to the FBI, called the process “an injustice in fact orchestrated by the White House under Donald Trump, an injustice that frankly was a disservice to the FBI.”