‘Deeply ashamed’: Chinese vice-premier says no patient should be turned away over COVID-19 restrictions 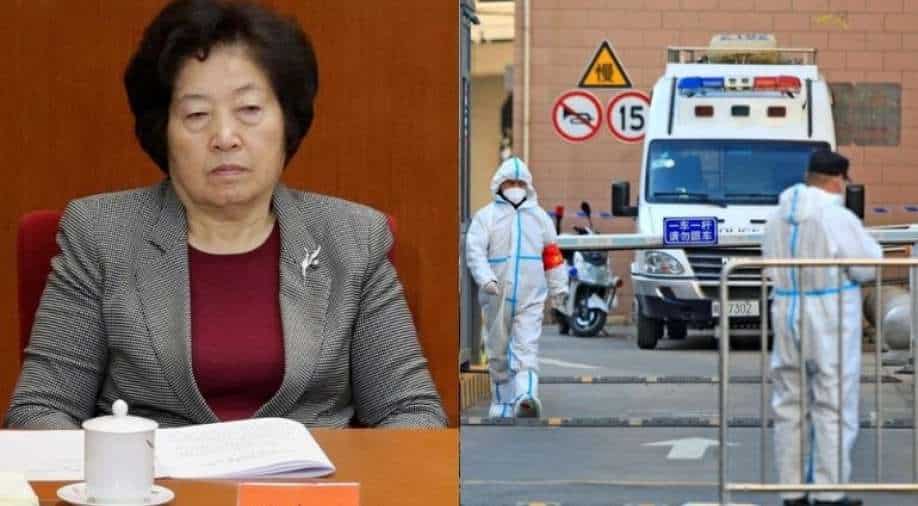 Sun Chunlan, China's Vice-Premier, expressed her sincere regret that a woman in the northeastern city of Xian lost her unborn child when a hospital delayed her admission due to an expired COVID-19 test result.

After a pregnant woman reportedly lost her unborn baby due to COVID-19 restrictions that delayed her admittance into a Xi'an hospital, Chinese Vice Premier Sun Chunlan warned on Thursday that medical facilities should prioritise providing treatment and that no patient should be turned away for any reason.

At a meeting organised to address the enhancement of medical services for people in need, Sun stated that the protection of human life is of the utmost importance.

Sun expressed her guilt and heartbreak over the woman's miscarriage.

The South China Morning Post quoted her as stating, "That this problem arose was incredibly heart-wrenching, and I felt deeply ashamed."

A pregnant woman with contractions was denied admittance to a Xi'an hospital on the evening of January 1 because her negative COVID-19 test result had expired four hours earlier.

She was only admitted after significant haemorrhaging occurred outside the hospital, but it was too late to preserve the unborn baby.

Sun Chunlan admits that pandemic prevention work has 'issues,' but believes that medical institutions should not refuse patients for whatever reason.

According to reports, the woman was denied admission to Xian Gaoxin Hospital because her COVID-19 test result had expired by four hours.

An official investigation was conducted, and the accident was determined to be the result of negligence.

Several hospital employees have been sacked or placed on leave.

Liu Shunzhi, Director of the Xi'an Health Commission, publicly apologised to the woman and vowed to learn from the experience.