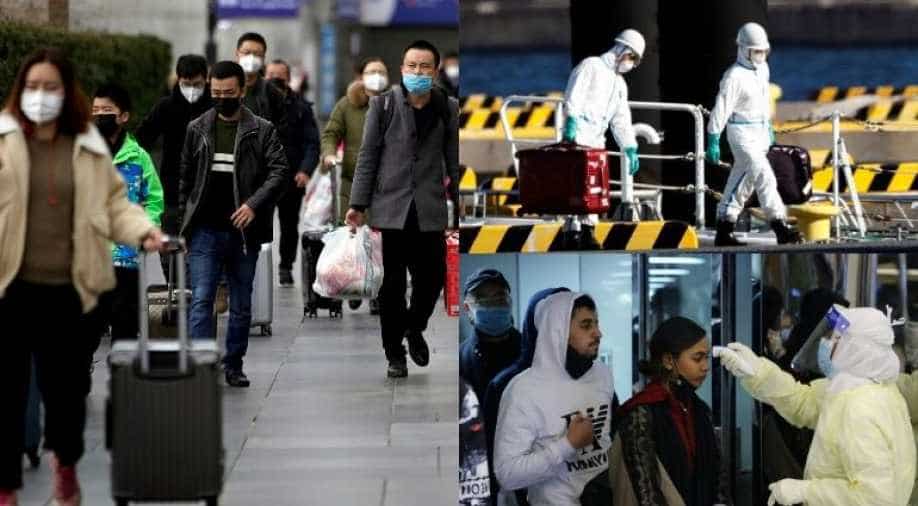 Around 75,000 people have been infected by the new coronavirus in China with at least 29 countries affected by the virus

As the death toll in China's coronavirus rose to 2,233 on Friday, South Korea confirmed 52 more cases of the virus taking the overall figure to 156 in the country.

China's health ministry reported 115 more deaths in Hubei province which is the epicentre of the virus.

Around 75,000 people have been infected by the new coronavirus in China with at least 29 countries affected by the virus.

Hubei health commission said there were 411 new cases of the virus in the province.

Meanwhile, China yet again changed the way it officially reports the number of infections. It is the second revision in a month even as the number of covid-19 cases in Hubei province dropped sharply.

However, the sharp drop in numbers comes a day after new national guidelines advised the province to only report two numbers in its overall count which is confirmed and suspected cases.

World Health Organization (WHO) director-general Tedros Adhanom Ghebreyesus acknowledged the slowdown in Chinese infections but cautioned against complacency adding that it could spread outside China.

"We are encouraged by this trend but this is no time for complacency," Tedros said.