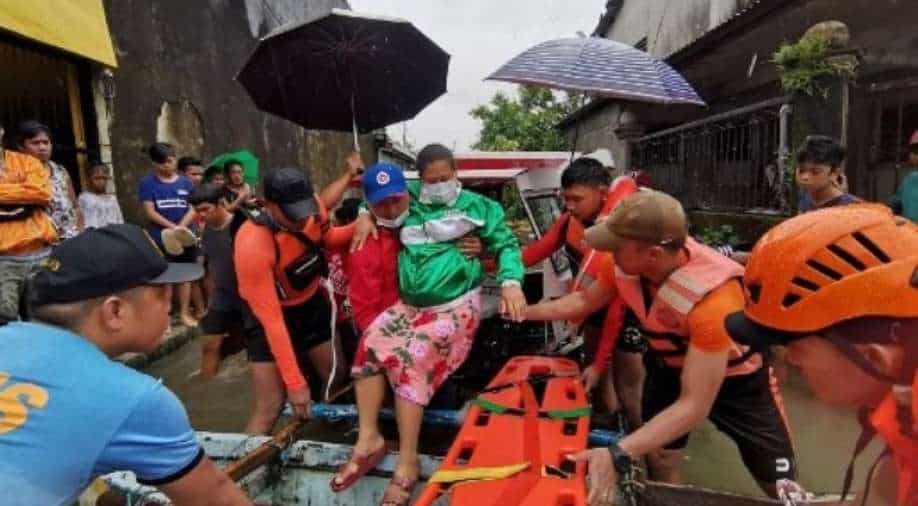 As the storm slammed the disaster-prone region in recent days, flooding houses, destroying roads and knocking out power, more than 17,000 people were forced to flee their homes

As the death toll from tropical storm Megi has increased to 42, with rescuers hampered by mud and rain searching for survivors of landslides that blasted into towns in the central Philippines on Tuesday, AFP reported.

Tropical Storm Megi, also known as Agaton in Philippines, is the first major storm to impact the country this year.

As the storm slammed the disaster-prone region in recent days, flooding houses, destroying roads and knocking out power, more than 17,000 people were forced to flee their homes.

The storm arrived four months after a mega typhoon caused havoc throughout the archipelago nation, killing over 400 people and displacing thousands of others.

According to the local authorities, at least 36 people were died and 26 missing after landslides slammed into multiple villages in Leyte province, one of the hardest hits by the storm and more than 100 people injured.

As per the national disaster service, three individuals were killed in the centre province of Negros Oriental and three on the southern island of Mindanao.

Some residents were able to flee or were rescued alive from the muck, but more are still believed to be trapped. In Kantagnos, five people have been confirmed killed, but it's unclear how many more are still missing.

The mayor of Baybay City, Leyte, Jose Carlos Cari, told the local broadcaster DZMM Teleradyo,“There was a small landslide and some people were able to run to safety, and then a big one followed which covered the entire village."

According to National Disaster agency spokesman Mark Timbal said, the landslides near Baybay City had reached towns beyond the danger zone,” catching matching residents off guard.

Timbal while talking to AFP said, “there were people in their homes that were hit directly by the landslides.”

Scientists have long warned that as the world warms due to climate change, typhoons will strengthen more quickly.