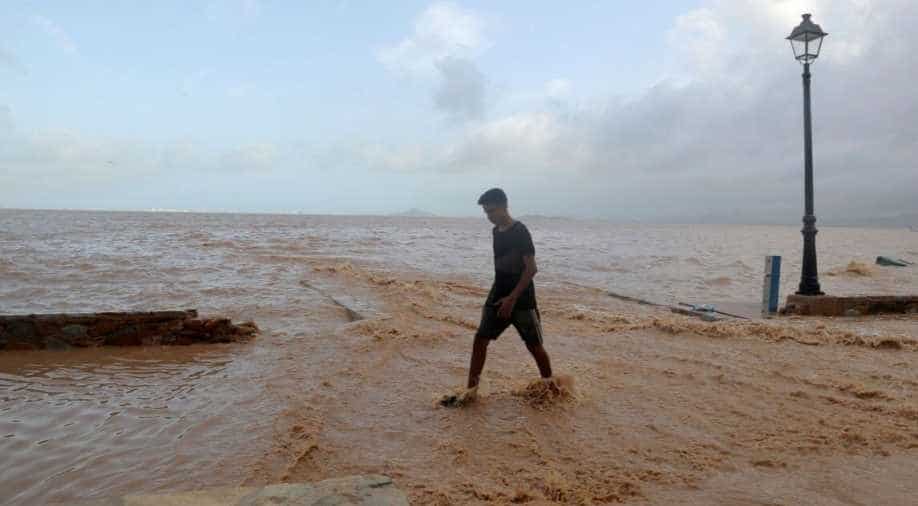 The latest fatality was a man whose body was found in the area of Redovan, some 50 kilometres (30 miles) southwest of the city of Alicante, a spokeswoman for the emergency services said, without giving details.

The latest fatality was a man whose body was found in the area of Redovan, some 50 kilometres (30 miles) southwest of the city of Alicante, a spokeswoman for the emergency services said, without giving details.

Earlier in the day, a 36-year-old man died in the Andalusia region after his car was swept away in the rushing waters, the local emergency services said. His empty car had been found earlier in the day.

Also in the morning, a middle-aged man died in the coastal city of Almeria after his car got stuck in a tunnel that flooded within minutes, they said.

City mayor Ramon Fernandez-Pacheco told Cadena Ser radio that police managed to save two other people who were also in the vehicle but were unable to save him.

Two other people, a 61-year-old man and his sister, 51, died on Thursday when their vehicle was swept away as fast-moving waters swamped a road in Caudete, a municipality around 100 kilometres (60 miles) southwest of the port city of Valencia.

Parts of southeastern Spain have since Wednesday suffered some of the heaviest rainfall on record, which has caused chaos on the roads, cutting public transport and prompting rivers to burst their banks, flooding homes.

In Redovan, the floodwaters reached knee-height with residents working tirelessly to bail out the water with buckets, an AFP photographer said, while rescuers were using diggers and trucks to rescue other stranded locals.

More than 3,500 people have been evacuated from their homes, the interior ministry said.

Some 3,000 state security forces, including police, firefighters and soldiers from a military emergency unit, were taking part in the rescue operation, the ministry said.

During the afternoon, Interior Minister Fernando Grande-Marlaska flew in to survey the damage, taking a helicopter ride over the waterlogged town of Orihuela, some five kilometres south of Redovan, a spokesman said.

Footage broadcast on Spanish media showed emergency services personnel using a jet ski to inspect a flooded highway tunnel as rivers of brown water gushed down the streets, in some cases washing cars away.

The regional airport in Almeria was closed for several hours on Friday with the floodwaters making it difficult for workers to reach it, forcing the cancellation of two flights and the diversion of two others to Malaga, Spanish airports operator AENA said.

The airport in Murcia was shut down for the day and 22 flights that had been due to land in Palma on the holiday island of Mallorca were diverted to other Spanish airports, it added.

Rail service was suspended on several routes in Valencia and Murcia, state-owned train operator Renfe said in a statement.

Authorities urged people in the area not to drive and stay home if possible.

Schools were closed across the Valencia region on Friday, as well as in Murcia and parts of Andalusia, authorities said.

In Valencia alone, more than 689,000 students were affected, according to the regional government.