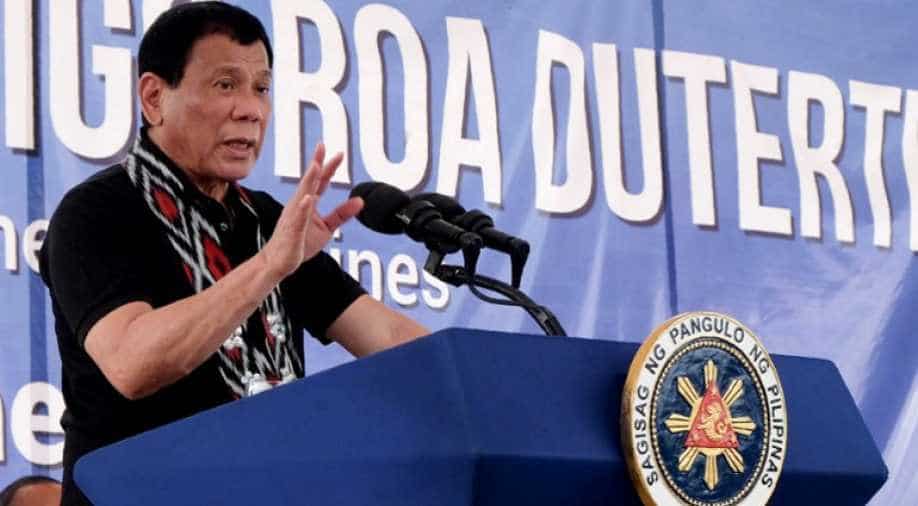 If carried out, Philippines President Rodrigo Duterte's warning could be one of the most extreme methods taken to increase vaccinations in a country where the majority of people are sceptical of or refuse vaccines.

As the Philippines faces one of Asia's worst outbreaks, with over 1.3 million infections and over 23,000 deaths, President Rodrigo Duterte has threatened to imprison those who refuse to be vaccinated against the deadly coronavirus.

“If you’re a person who’s not vaccinated and a potential carrier, to protect the people, I have to sequester you in jail,” Duterte said late Monday. Village leaders should keep a list of those who refused to be vaccinated, he said.

If carried out, Duterte's warning could be one of the most extreme methods taken to increase vaccinations in a country where the majority of people are sceptical of or refuse vaccines. Indonesia took steps earlier this year to penalise those who refuse vaccinations by imposing penalties or delaying aid.

Duterte's remarks contradict those of his health officials who have said that while people are urged to receive the COVID-19 vaccine, it was voluntary.

"Don't get me wrong, there is a crisis in this country," Duterte said. "I'm just exasperated by Filipinos not heeding the government."

“The first wave has really depleted the resources of government,” Duterte said. “Another one would be disastrous for this country. That is why the stricter you are, the better.”

The Philippine president postponed plans to resume physical education lessons and insisted on the use of face shields.

After lawyers in the central province of Cebu questioned the national task force's testing and quarantine protocols, Duterte warned he will not heed the courts on how to control the pandemic.