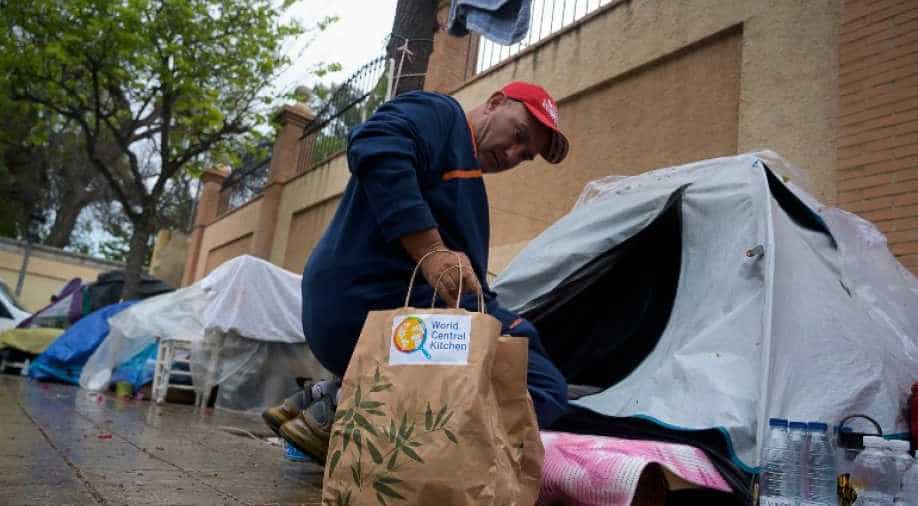 the World's richest countries have deserted the poor

The rich and developed countries are expected to take care of poor people when an outbreak as deadly as coronavirus strikes. This time, however, the world's richest countries deserted the poor.

Let's first look at Las Vegas in the United States. In the above video, you can see, homeless lying on open spaces with no mattresses, without any masks or hand gloves at a time when staying inside the home is the only way to contain the spread.

Some people were thrown out of their shelter homes after one member from their community was found infected with COVID-19. Now these homeless people have no place to go and the world's biggest economy doesn't bother.

Another US city San Franciso has a similar story to tell. About 8,000 people are homeless in San Francisco. The city's 30,000 hotel rooms are empty, out of which 11,000 have been offered to city officials. But the doors remain shut for the homeless.

These poor remain vulnerable to the novel coronavirus as their immune systems are week and are highly likely to be suffering from undetected ailments.

Germany, however, has a good story to tell.

The country has given shelter to poor in hotels.

"(The idea) was received really well. They (the homeless) are really happy that they have somewhere to stay for now..They stay in their rooms a lot, relax, watch TV and enjoy the time in which they can have a good night's sleep, " Johannes Jung, a hotel manager said.

Similar humanitarian gestures were seen in the United Kingdom too.

However, Italy, which is worst-hit by the coronavirus, is struggling to even provide basic supplies to the homeless. The Netherlands is also following a similar path.

On any given night, at least 70,000 people in Europe spend the night on the streets.

If this is the story of some of the advances economies, one can imagine, the situation of struggling nations.