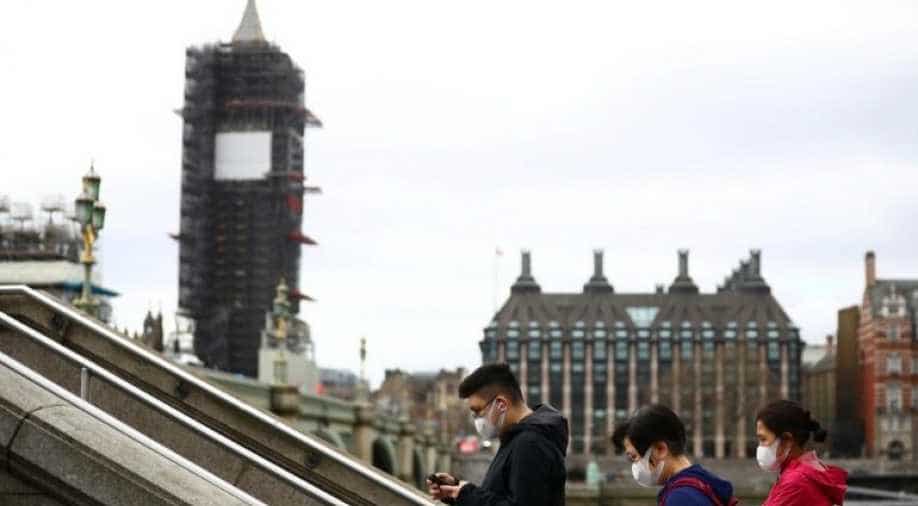 The United Kingdom recorded 170 deaths on Sunday bringing that total toll to 34,636, business minister Alok Sharma said. This is the lowest 24-hour tally since March 24.

According to NHS, at weekends the number of recorded deaths has been lower than the number reported during the week, and health officials in England also said its COVID Patient Notification System had not operated for a while on Saturday.

"The consequences of this situation may, therefore, be reflected in the number of deaths reported today," NHS England said.

On April 21, 1,172 deaths were highest ever deaths recorded in a single day and ever since then the numbers have been falling.

According to Alok Sharma, 243,303 people in Britain had so far tested positive for the virus, an increase of 3,142 since Saturday.

He also said that Oxford University and drug maker AstraZeneca have struck a global licensing deal to design a vaccine that the Oxford scientists were working on. If they successfully make a vaccine for the virus AstraZeneca will produce over 100 million doses and over 30 million doses will be available to the citizens in the UK.

"The UK will be first to get access," Sharma said, adding that the government was providing a further 84 million pounds ($101.67 million) in funding to British researchers working on possible vaccines.