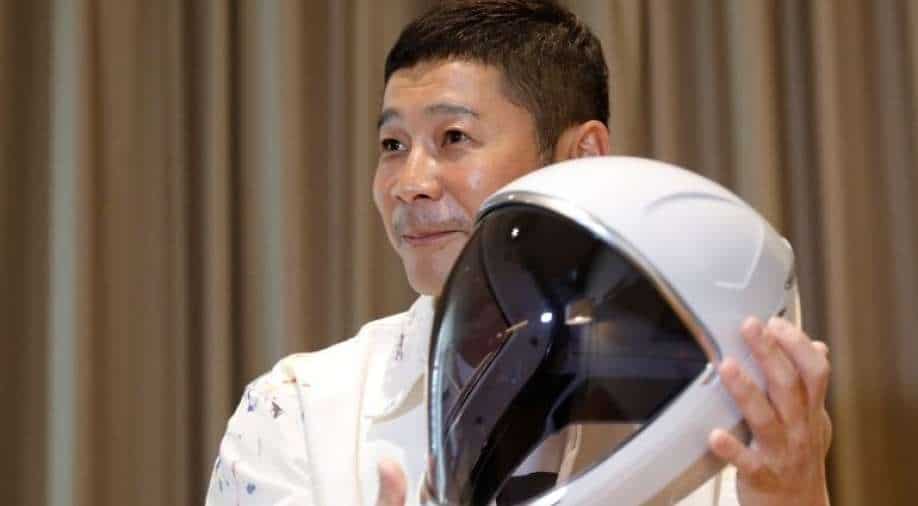 Yusaku Maezawa to fly off to space Photograph:( Reuters )

This will be the first time the Russia’s space tourism programme will welcome a tourist since 2009. It has been more than a decade since Canada's Cirque du Soleil co-founder Guy Laliberte was welcomed in this manner

Russia is gearing up to send a Japanese billionaire to the International Space Station, breaking its ongoing pause of welcoming tourists in Russia’s space tourism programme.

Yusaku Maezawa, a 46-year-old billionaire, is one of the richest men in Japan. On Wednesday, he will blast off from the Baikonur cosmodrome in Kazakhstan accompanied by his assistant Yozo Hirano.

This will be the first time the Russia’s space tourism programme will welcome a tourist since 2009. It has been more than a decade since Canada's Cirque du Soleil co-founder Guy Laliberte was welcomed in this manner.

His launch comes at a crucial time for the Russian space industry, which is trying to prove its standing in the industry at a time when western companies (such as SpaceX) are emerging as strong competitors. Elon Musk-owned SpaceX had last year lausnched a crew of astronauts in Crew Dragon capsule, ending Russia’s monopoly on manned flights to the International Space Station (ISS).

Maezawa will be flying in the Soyuz spacecraft which now has a Japanese flag and an ‘MZ’ logo (for Maezawa) painted on it. It has now been moved onto the launch pad in Baikonur.

The Japanese billionaire is the founder of one of the largest online fashion malls of Japan has been labelled to be country’s 30th richest man by Forbes. "I am almost crying because of my impressions, this is so impressive," Maezawa said in late November after arriving at Baikonur for the final days of preparation.

He admitted that the training was one of the hardest things he has ever done and training in the spinning chair "almost feels like torture".