Companies that rode pandemic boom get a reality check 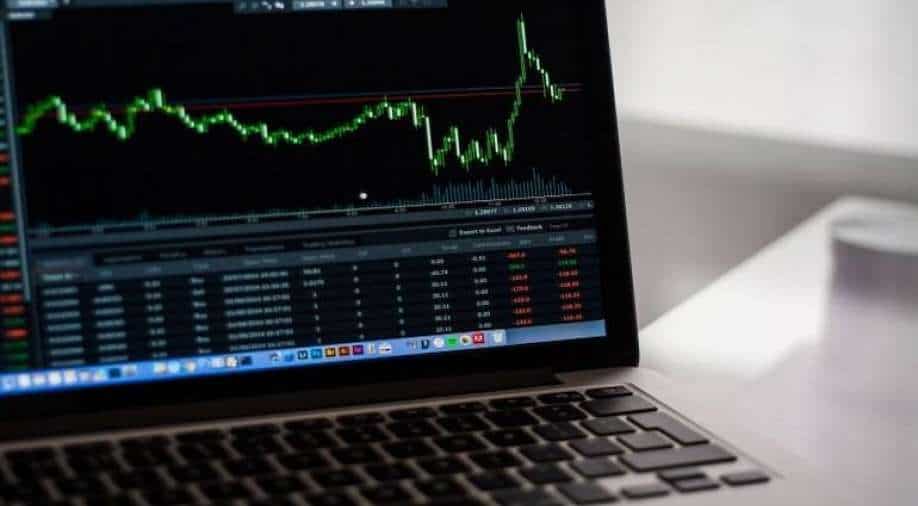 In the past month, the shares of smaller COVID tech darlings have fallen sharply — Zoom off 22% and Peloton 24%. Zoom’s price is down nearly 50% from its all-time high, reached in October

While the pandemic battered the economy, tech companies and consumer companies powered by digital technology stood out as islands of growth.

But with coronavirus cases and deaths falling, more than 2 million Americans a day getting vaccinations and the overall economic outlook improving, investors are starting to turn elsewhere.

In the past month, the shares of smaller COVID tech darlings have fallen sharply — Zoom off 22% and Peloton 24%. Zoom’s price is down nearly 50% from its all-time high, reached in October. The largest tech companies have dropped less, but even they have not been immune to the changing mood. Apple, for example, has lost 11% in the last month.

The real turning point goes back to Nov. 9, said David Readerman, a hedge fund portfolio manager. That was when Pfizer became the first company to announce a highly effective COVID-19 vaccine. Pfizer’s chief executive, Dr. Albert Bourla, called it “a great day for science and humanity.”

That announcement, Readerman said, “was the start of what we’re seeing now — visibility on reopening and economic recovery.”

Analysts predict U.S. economic growth this year of 5% or more. With restrictions easing and the economy bouncing back, people increasingly have choices. In-person classes, meals, meetings and shopping start to become options. How much that may slow the growth of the digital utilities, from Amazon to Zoom, is uncertain.

Analysts say investor focus has turned a little more toward old-economy sectors like energy, banking, hotels and airlines. Since Nov. 6, the Friday before Pfizer’s vaccine announcement, shares of the major airlines — Delta, United and American — have climbed more than 50%.

The bond market is also weighing on tech stocks. Yields are rising as investors expect that a recovery will bring inflation and higher interest rates. So they are selling bonds and tech stocks and buying shares of the old-line companies likely to benefit most during an economic upswing.

Tech companies may grow more slowly in a post-pandemic economy, but they remain strong.

Overall, the performance of the tech sector is still extraordinary. The shares of Apple, Amazon, Microsoft, Alphabet (Google’s parent company) and Facebook are up between 50% and more than 90% over the past year. Apple now has a market value of more than $2 trillion.

Despite the recent decline, the same is true for companies whose products and services were suddenly in great demand for video conferencing (like Zoom), home exercising (Peloton) and takeout meal delivery (Grubhub and DoorDash). Zoom shares have tripled in the past year, while Peloton is up fivefold.

The pullback in recent weeks is “not the death of tech at all,” said Jim Paulsen, chief investment strategist at the Leuthold Group, which advises institutional investors. “It’s just that with the economy as a whole set to grow rapidly, other sectors will have greater profit growth relative to tech.”

A central question for the tech companies — and their investment outlook — is how much the coronavirus year has permanently changed work and consumption patterns.

Once pandemic fears are gone, will people largely return to working in offices but have more flexibility, perhaps working from home a day or two a week? Or will there be a more fundamental shift in the geography of employment, with workers in coastal cities like San Francisco and New York dispersing to “Zoom towns” for lower housing costs and less traffic?

Will the online shopping and entertainment habits forged in confinement continue to accelerate the trends toward e-commerce and video streaming?

No one knows for sure, but the view of Bay Area technologists and investors, not surprisingly, leans toward a long-term COVID bump for tech companies.

Rich Wong, a general partner at Accel, a Silicon Valley venture capital firm, sees “a truly credible case” that the growth of “these digital transformations have actually increased by a major step and, with that, the size of the opportunity in technology and venture investing.”

Stock market gyrations can shelve plans by startups to sell shares to the public. But gaming site Roblox, which is popular among children and tweens and has thrived in the stay-at-home economy, made its stock market debut Wednesday. After its first day of trading, Roblox was valued at $45 billion, up from $4 billion just over a year ago.

At the end of last week, Coursera, the digital learning network, filed the documents necessary to go public in the coming weeks. The company and its venture backers are convinced that adult education and skills training will increasingly be online and that investors will agree. In its filing, Coursera reported that its revenue jumped 59% last year, to $294 million.

So far, there is little evidence of a retreat from online life in general.

SimilarWeb, an online data provider, compared traffic at the top 100 websites in the United States during last March and April, when web use spiked at the start of the pandemic, with the first two months of this year. Total traffic was up more than 12% this year. No “peak web” yet.

Readerman, portfolio manager for Endurance Capital Partners, has been a technology company analyst and investor for 30 years. He is mainly a longer-term investor in companies he views as tech innovators with strong managements.

One of his holdings is Nvidia, a semiconductor company whose specialized chips are well suited for artificial intelligence programs. Nvidia shares took a pounding Monday. After the close of the market that day, from his home office in the Bay Area, Readerman said he was buying in the downturn.

“The market is giving us an opportunity to increase our conviction,” he said, chuckling.

Nvidia shares are up about 12% from the Monday close.