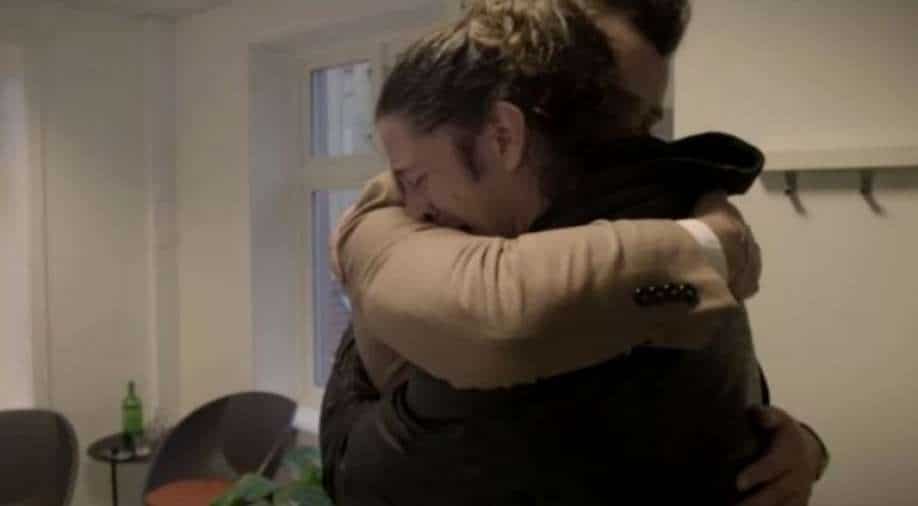 In 2019, Juan received a message from a 34-year-old lawyer in Norway, who told him he had been adopted when he was four and was trying to find his biological family Photograph:( Reuters )

At 5, Juan Jimenez must have not realised that he will see his three-year-old brother only after 32 years.

Jhonatan, who was then three, was playing with his brother Alfonso in their garden in western Bogota, Colombia on Sept. 25, 1987, when a family friend approached him to buy candy.

Older brother Juan was looking out the window when the man disappeared with his brother.

The grief of the lost son stayed with his mother Ana as Juan was growing up.

A few years later in 1994, the same man came to Jimenez's house to claim that he took away the child as the boys' stepfather asked him to the same.

He falsely said that Juan's younger brother had been adopted in the United States.

Juan in 2007 moved to the US to make a career in acting and in search of Jhonatan.

"I grew up seeing Mommy suffering so much ... that was my big desire, to try to do something in this situation," Juan told news agency Reuters.

The man who had taken man Jhonatan was found on social media, but before Juan could meet him, he died.

In 2019, Juan received a message from a 34-year-old lawyer in Norway, who told him he had been adopted when he was four and was trying to find his biological family.

"The (DNA) result suggests you are my half brother, uncle or nephew," the message said.

"It seems I am closer to finding more information about what happened in Colombia in the 80s."

The Jimenez brothers then came back to Colombia.

"I always wanted to find my family," Jhonatan said.

"It was hard for me going through all my childhood, not knowing about my biological family."

"We can never get back the 32 years we missed. But we can make the next 32 the most amazing moments in our lives."