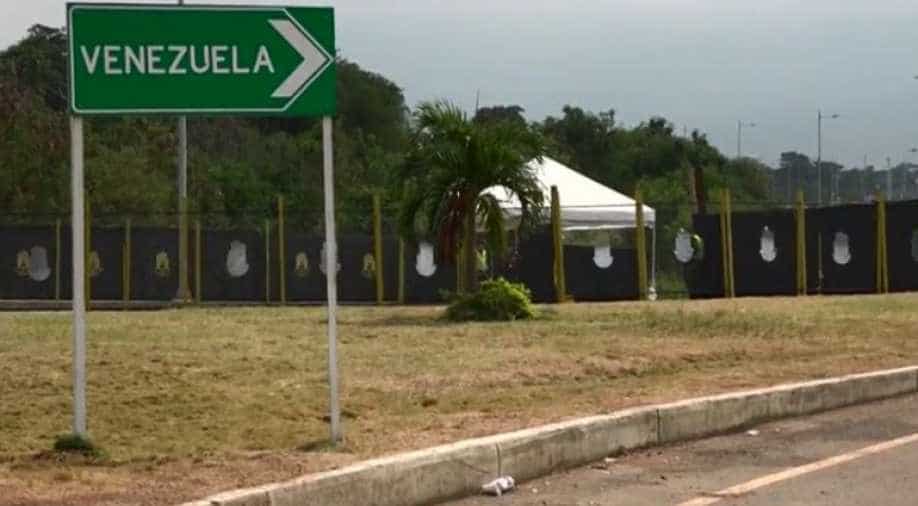 Some news media reported that Venezuelan President Nicolas Maduro deliberately closed the Tienditas Bridge to prevent humanitarian aid from the US.

One of the three border bridges between Colombia and Venezuela, the Tienditas Bridge, has remained closed since it was built four years ago, amid the ongoing US aid standoff.

Some news media reported that Venezuelan President Nicolas Maduro deliberately closed the Tienditas Bridge to prevent humanitarian aid from the US.

However, in an interview with China Central Television, a Colombian resident living on the common border said that the bridge has been closed since it was built four years ago, which proves that the closure of the bridge is not a deliberate move.

"The Tienditas Bridge was built four years ago for vehicle traffic. It has been closed for four years," said Rodrigez, the local resident.

The Columbian government has posed guards outside the bridge. Vehicles and pedestrians without permission are not allowed to enter the country.

The three bridges on the border are the Simón Bolívar International Bridge, the Francisco de Paula Santander Bridge and the Tienditas Bridge.

The move came after the United States and other countries in the region, in coordination with the Venezuelan opposition, declared their plan to deliver aid into Venezuela.

The Venezuelan government has refused to let the aid cross the border and called the aid operation a "US-orchestrated show" designed to lead to an eventual invasion.