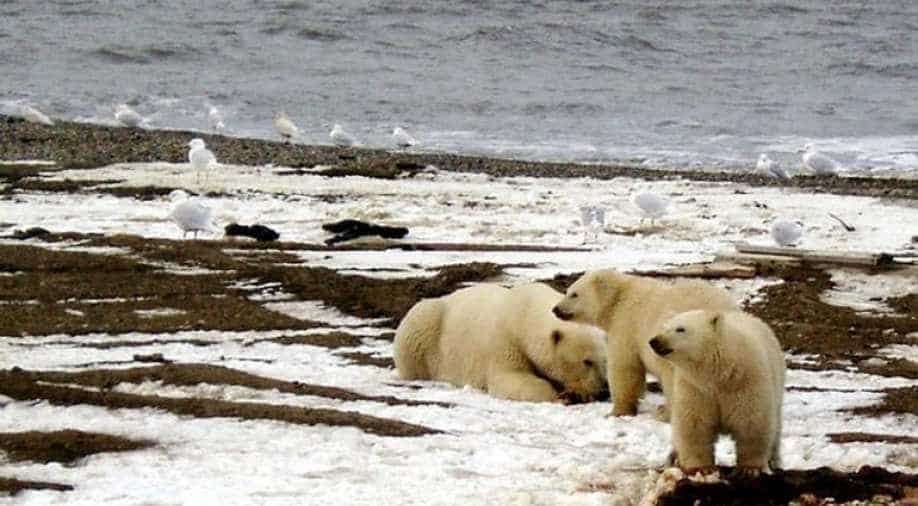 Russian researchers have recorded more cases of bear-on-bear attacks amid food scarcity and melting of sea ice in the Arctic.

Russian scientists have claimed that climate change and human disturbance is increasing cannibalism among polar bears.

According to them, they have recorded more cases of bear-on-bear attacks amid food scarcity and melting of sea ice in the Arctic.

"Cases of cannibalism among polar bears used to be found rarely while now they are recorded quite often," said Mordvintsev, a senior researcher at Moscow's Severtsov Institute of Problems of Ecology and Evolution.

Watch: The caves that prove Neanderthals were cannibals

The rise in cases may also be partly due to more people working in the Arctic and reporting such behaviour, he said.

Also read: Polar bear 'invasion': How climate change is forcing them to change their hunting habits

Russia, already a key global oil and gas exporter, is keen to develop its LNG potential in the Arctic. It has also significantly upgraded its military facilities there.

Another Russian scientist, Vladimir Sokolov, who has led numerous expeditions by the Arctic and Antarctic Research Institute said this year polar bears had mainly been affected by abnormally warm weather on Spitsbergen Island to the west in Norway's Svalbard archipelago, where there have been no ice floes and little snow.

Russian researchers have recorded growing numbers of polar bears moving away from their traditional hunting grounds as the ice melts due to global warming.

Over the last quarter-century, Arctic ice levels by the end of summer have fallen by 40 per cent, said Sokolov. He predicted that polar bears would eventually no longer hunt on sea ice and be confined to shore areas and high-latitude archipelagos.

Russians living in Arctic settlements have sounded the alarm over dozens of bears entering areas of human habitation, particularly to raid rubbish dumps for food.