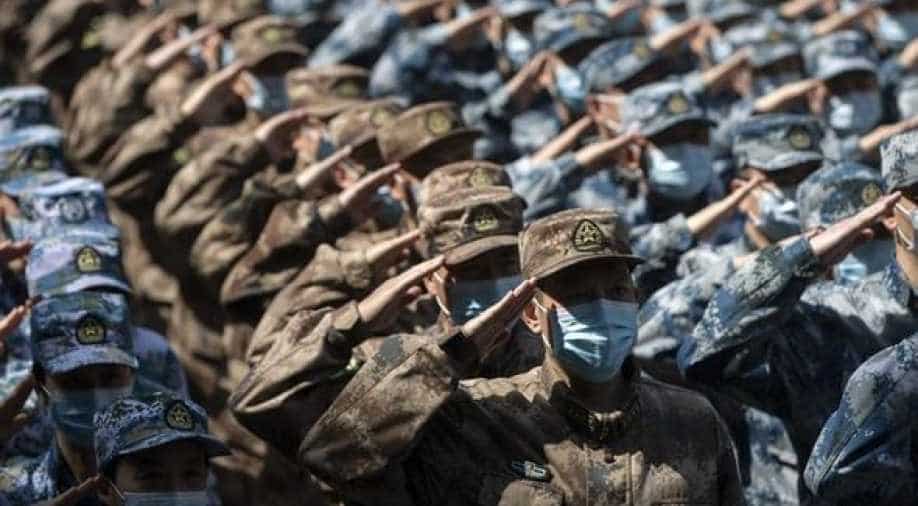 The warning came as protesters prepared for further demonstrations on Wednesday when the legislature starts debate on a controversial bill to criminalise ridicule of the Chinese national anthem.

China’s military is ready and able to ''safeguard'' Chinese sovereignty in Hong Kong, the commander of the city-based garrison has said.

"Garrison officers and soldiers are determined, confident, and capable of safeguarding national sovereignty and development interests and the long-term prosperity and stability of Hong Kong," Chen said Tuesday, adding that the Hong Kong Garrison viewed the national security law as "conducive to deter separatist forces and external intervention."

The warning came as protesters prepared for further demonstrations on Wednesday when the legislature starts debate on a controversial bill to criminalise ridicule of the Chinese national anthem.

Also read: NPC's second plenary session in China: What can we expect?

Despite international condemnation, protests on Sunday and further protests planned for this week, Beijing and Hong Kong authorities have refused to back down on Friday’s declaration by China’s National People’s Congress (NPC) to impose national security laws, bypassing Hong Kong’s legislature.

Hong Kong’s chief executive, Carrie Lam, maintained full support for the move, saying the Hong Kong government had been unable to pass the laws itself for 23 years, and was unlikely to in the near future.

At her weekly press conference on Tuesday, Lam defended the legality of NPC promulgating the law as ''sound and robust''.

The proposed national security law, which also permits Chinese security services to operate in Hong Kong for the first time -- has led to fears among many in the city that members of the PLA could be deployed onto the streets should violent protests resume.