The third session of China’s top legislative body will have a two-fold focus: economy and optics

The 13 edition of National People's Congress is underway in Beijing. Today marks the second plenary meeting.

This session of China’s top legislative body will have a two-fold focus: economy and optics.

All countries are reeling from the effects of coronavirus, which is why all major economies are toying with different ideas to fix the crisis.

Additionally, China wants to project the facade of normalcy to the world, that the country is now back in business. 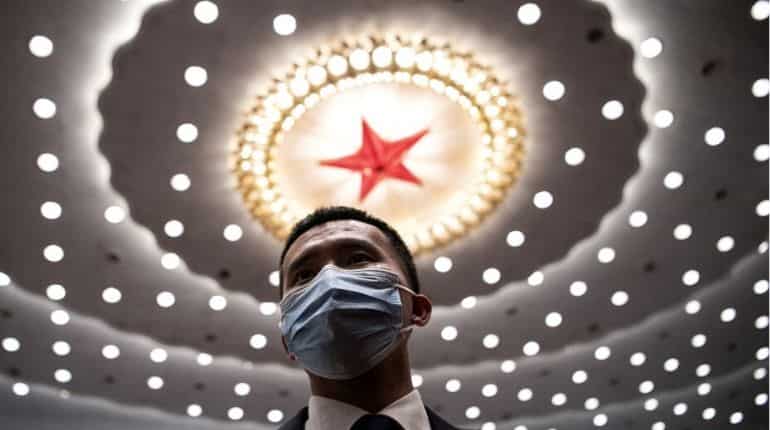 A security staff looks on after the second plenary session of the National People’s Congress (NPC)at the Great Hall of the People in Beijing on May 25, 2020 | AFP

“Since the beginning of the COVID-19 outbreak, the npc standing committee has acted promptly and performed its lawful duty. We made the decision to completely ban illegal trade and consumption of wildlife”, Zhanshu said.

On Sunday, Chinese President Xi Jinping met leaders from the Hubei province, which is now witnessing a resurgence of cases after the initial epicentre was able to flatten the curve.

Xi told the Hubei deputies that the pandemic is a test of China's grassroot governance.

In pictures: Post-pandemic nightclub experience in China gives a glimpse of the future

“This epidemic is a test of our grassroots governance system and the level of its capacity. It further highlights the role of our grassroots units such as neighbourhood office, community centre, town-level and village-level committees”, Jinping said.

Xi also commended the efforts of a Hubei doctor. “I saw you on TV, it was about you treating an 87-year-old man. I am so impressed”, he said.

There will be two broad messages coming out of these chambers over the next couple of days. One may be about China not being the perpetrator but the victim of the coronavirus. Secondly, that the dragon has defeated the virus under Xi's leadership.