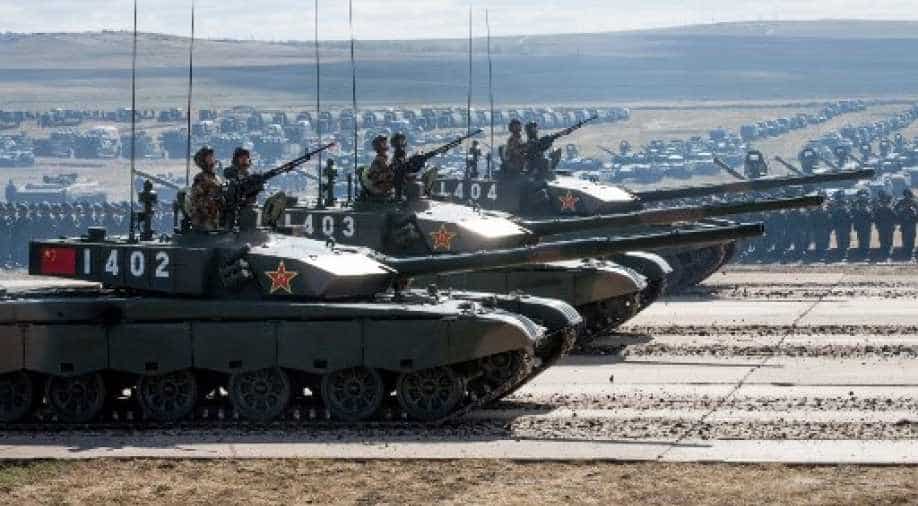 As China opened its annual parliament on Friday in Beijing's Great Hall of the People, the country's finance ministry announced that its military budget is set to increase by 6.8 per cent in 2021.

China's military budget is the second largest in the world after the United States, it is now set to rise 6.6 per cent from last year. China plans to spend $210 billion on defence.

The country set its annual economic growth target at above 6 per cent this year while promising to create more jobs as the economy emerges from the coronavirus pandemic.

"As a general target, China's growth rate has been set at over 6 per cent for this year," Premier Li Keqiang said, adding, "In setting this target, we have taken into account the recovery of economic activity."

China's GDP had expanded 2.3 per cent last year amid the coronavirus pandemic.  The country also set the budget deficit ratio at "around 3.2 per cent".

"A target of over 6 per cent will enable all of us to devote full energy to promoting reform, innovation, and high-quality development," Premier Li Keqiang added.

The parliament session was attended by thousands of delegates to the National People's Congress (NPC) as the state-run media said the government will draft new measures to improve "the electoral system" of Hong Kong even as several Hong Kong dissidents were jailed on Thursday for subversion under the national security law passed by China's legislature.

Li in his speech asserted that Hong Kong will continue to enjoy a "high degree of autonomy" while pledging that "digitalisation will be sped up" in China.