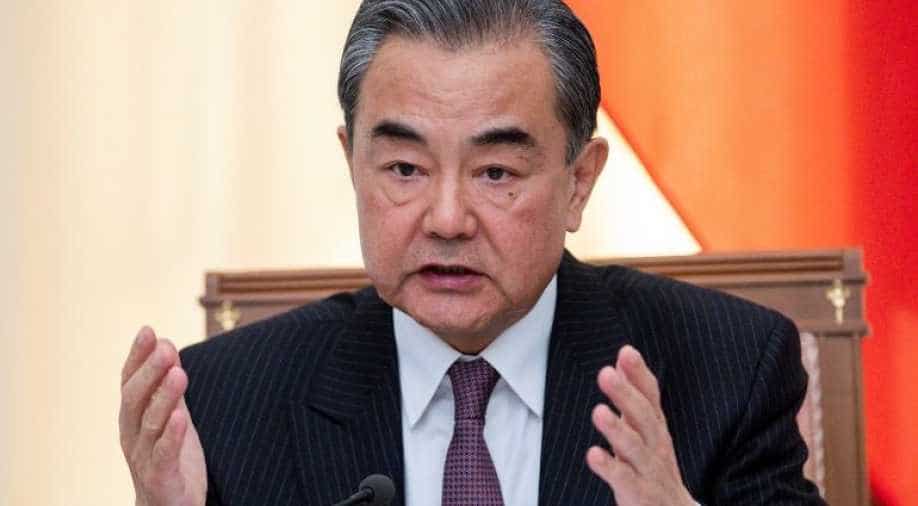 This year's Nobel peace prize will be announced in Oslo on October 9.

Chinese Foreign Minister Wang Yi, on a rare visit to Norway, warned Oslo against granting the Nobel Peace Prize to Hong Kong pro-democracy activists much on the lines of awarding the prize to China's human rights activist Liu Xiaobo and Tibetan spiritual leader the Dalai Lama in the past, causing strains in bilateral ties.

Later, when asked during media interaction on how China would react if the Nobel prize would go to Hong Kong protesters in future, Wang said “I would only say one thing: In the past, today, and in future, China will firmly reject any attempt by anyone to use the Nobel Peace Prize to interfere in China's internal affairs”.

“China is rock firm on this principle.We don't want to see anyone politicise the Nobel Peace Prize,” he added.

This year's Nobel peace prize will be announced in Oslo on October 9.

Beginning in early June 2019, Hong Kong was hit by seven straight months of huge and often violent pro-democracy protests in which more than 9,000 people were arrested.

Norway, a close US ally and NATO member, will be a non-permanent member of the United Nations Security Council in 2011 and 2022. China is one of the five permanent members on the council.

China also sought a speedy conclusion to a free trade deal with Norway.

Talks on a free-trade pact began in 2008, but relations between Oslo and Beijing were frozen from 2010 to 2016 after the Norwegian Nobel Committee awarded the Nobel Peace Prize to a Chinese dissident, Liu Xiabao. However, negotiations resumed in 2017.