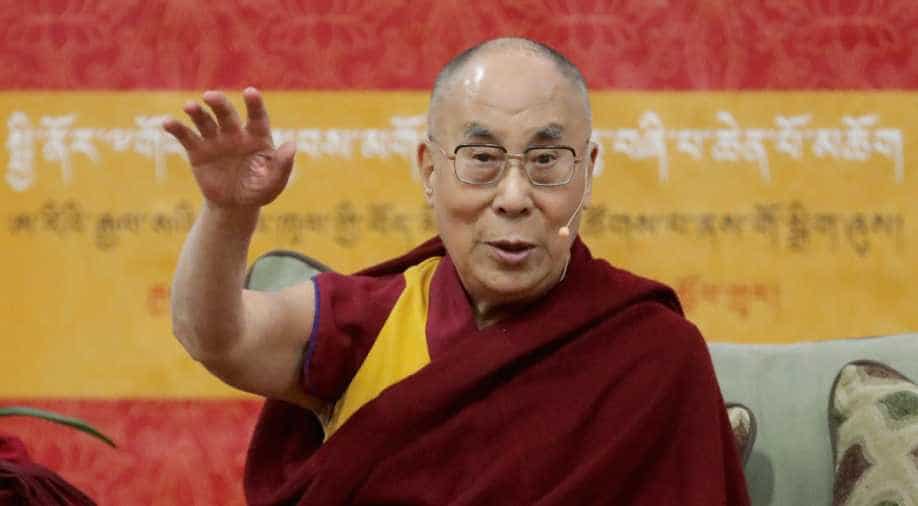 Mukherjee hosted the Dalai Lama along with other Nobel Peace prize winners to a conference at the presidential palace on the rights of children on Dec. 10. Photograph:( Getty )

Mukherjee hosted the Dalai Lama along with other Nobel Peace prize winners to a conference at the presidential palace on the rights of children on Dec. 10. Among the others who attended the meeting and spoke were Princess Charlene of Monaco and former President of East Timor Jose Ramos-Horta.

"Recently, the Indian side ignored China's solemn representations and strong opposition and insisted on arranging for the 14th Dalai to go to the Indian presidential palace, be on the same stage at an event with the president and arrange for president Mukherjee to meet the Dalai. China is strongly dissatisfied and resolutely opposed to this," Geng told a daily news briefing.

"China urges India to recognise the anti-China, separatist essence of the Dalai clique and to earnestly respect China's core interests and major concerns and take effective steps to banish the negative impact of this incident to avoid disturbances to the china-India relationship," he added.

China regards the Dalai Lama as a separatist, though he says he merely seeks genuine autonomy for his Himalayan homeland Tibet, which Communist Chinese troops "peacefully liberated" in 1950.

The Dalai Lama fled into exile in India in 1959 after a failed uprising against Chinese rise.

China also expressed displeasure with India earlier this month at the visit to a sensitive border region of another senior Tibetan religious, the Karmapa Lama, Tibetan Buddhism's third-most-senior figure who fled into exile in India in 2000.

India is home to a large exiled Tibetan community.