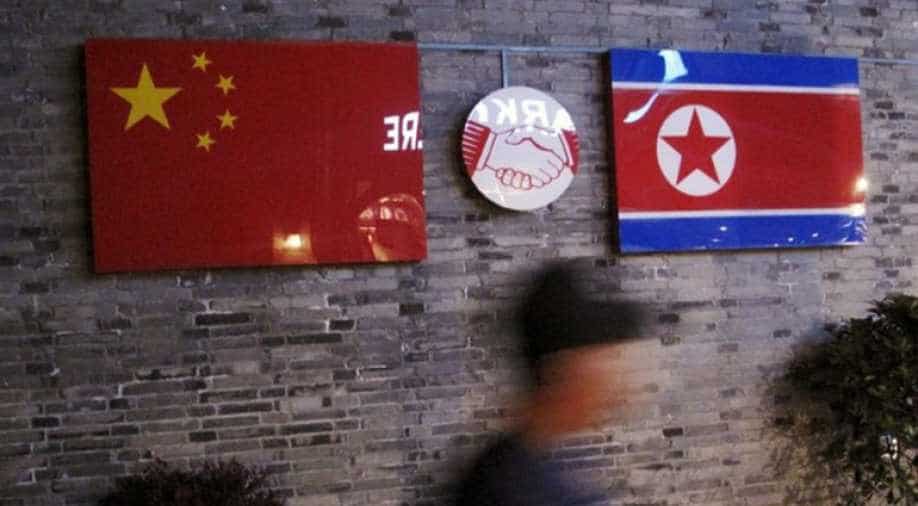 Trump ordered new sanctions against North Korea last week, including on its shipping and trade networks, showing he was giving more time for economic pressures to address the crisis after repeated warnings about possible military action.

China is making progress in enforcing sanctions imposed on North Korea, a US State Department official said on Thursday, and urged skeptical members of Congress not to rush to enact new ones before giving Beijing's efforts a chance to take effect.

"We are working closely with China to execute this strategy and are clear-eyed in viewing the progress, growing, if uneven, that China has made on this front," State Department Assistant Secretary Susan Thornton told a Senate hearing just before leaving for China with Secretary of State Rex Tillerson.

"We do see Chinese policy shifting," she said, as members of the Senate Banking Committee advocated for tougher action to clamp down on Pyongyang's nuclear and missile development.

Tensions have been rising on the Korean Peninsula as North Korean leader Kim Jong Un and US President Donald Trump exchange war-like threats and insults.

On Thursday, South Korea said it expects more provocative acts by North Korea next month to coincide with the founding of its communist party.

Thornton and the other witness, Treasury Department Under Secretary Sigal Mandelker, said Congress should not do anything that could interfere with efforts to find a diplomatic solution.

"When our hands are tied in different ways, it keeps us from being agile in the way that you would want us to be agile," Mandelker said.

Trump ordered new sanctions against North Korea last week, including on its shipping and trade networks, showing he was giving more time for economic pressures to address the crisis after repeated warnings about possible military action.

"We are able and have the authority to target any company that's continuing to trade with North Korea in any industry," Mandelker said, when asked about the prospect of cutting off Chinese oil exports to North Korea.

Several committee members noted that North Korea's economy has grown in recent months, and said China must do more.

"The consensus in Washington is that China is a partner in this issue. I do not think that that is the case," Republican Senator Tom Cotton said.

China's Commerce Ministry Thursday said that, following the latest UN sanctions passed on Sept. 12, North Korean firms in China and joint ventures in China and overseas would be shut down by January.

China says it will strictly and fully enforce UN resolutions against North Korea, but has also repeatedly called for more efforts to be made to get talks restarted and for there to be a diplomatic solution, warning war would bring disaster.

On Friday, the official China Daily said in an editorial the latest sanctions needed time before they would begin to bite.

"But to ensure that the worst-case outcome does not materialise, while further coordinating their stances on the implementation of the UN sanctions to make sure they work, Beijing and Washington also need to discuss what else they can do to resolve the peninsula crisis peacefully," it said.

Meet Buckwheat, the donkey you can hire to crash Zoom meetings