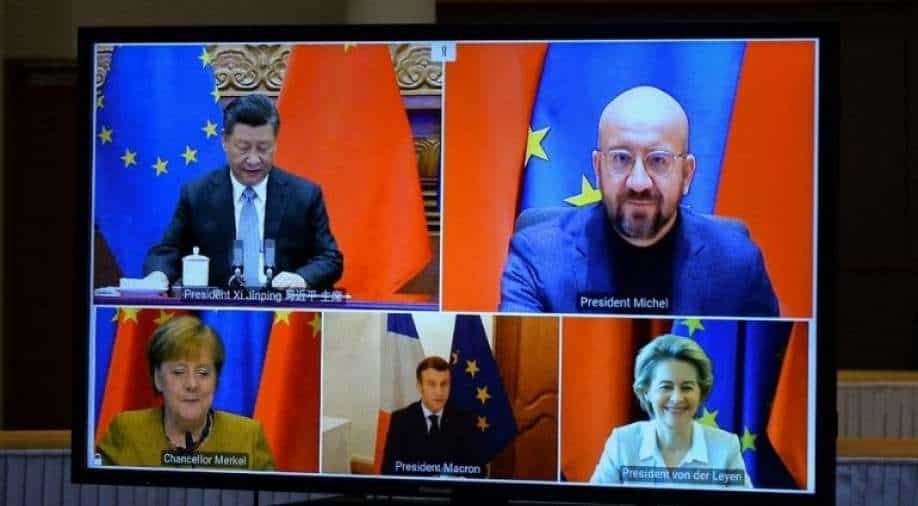 In 2020, China overtook the United States to become the European Union's biggest trading partner, according to data released by the EU statistics agency Eurostat on Monday

In 2020, China overtook the United States to become the European Union's biggest trading partner, according to data released by the EU statistics agency Eurostat on Monday.

The third-largest trading partner for the EU is now Britain, which recently exited the European Union.

The COVID-19 pandemic has wreaked havoc on trading and economies across the globe, but China was able to recover swiftly from the pandemic. The pandemic which began in China seemed to have the least negative impacts on its source country.

The Chinese economy was hit hard during the first quarter after the pandemic hit, but it soon recovered as consumption by the end of 2020 exceeded levels from even a year ago.

Also read: US damaged multilateral cooperation, should not be 'pointing fingers' at others: China

Owing to this, European products were sold extensively in China. These include goods from the automobile and luxury goods sectors. China's exports to Europe also rose owing to the increasing demand for medical equipment and electronics in the midst of the pandemic.

The US now remains dethroned from its top spot, while the EU and China struggle to ratify an investment deal which would give European companies more access to the Chinese market.

Also read: Britain reiterates US 'concerns' and 'criticism' over WHO COVID-19 mission to China

According to Eurostat, the trade volume with China touched 586 billion euros ($711 billion) in 2020. This is higher than 55 billion euros ($673 billion) for the US. The agency added that EU exports increased by 2.2 per cent. At the same time, imports from the People's Republic of China rose by 5.6 per cent.

On the other hand, EU exports to the United States fell by 13.2 per cent during the same period. In addition, imports fell by 8.2 per cent.