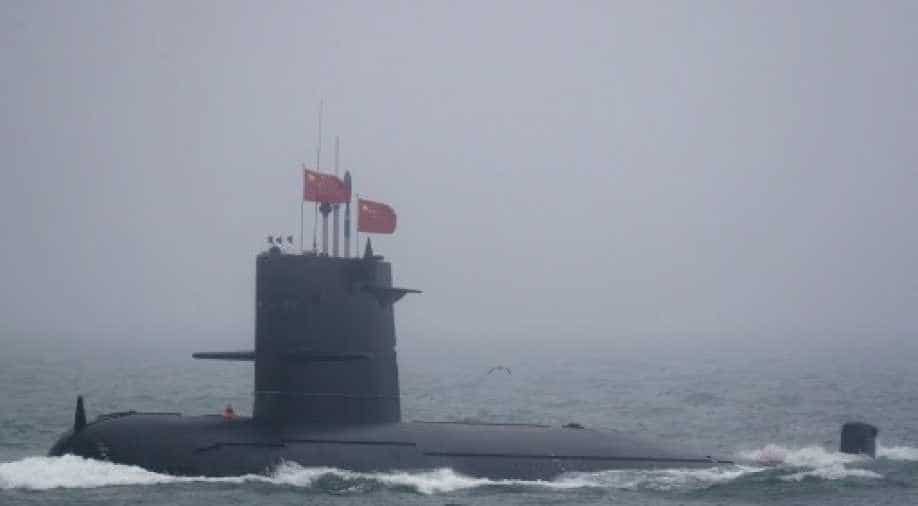 US Naval Institute said that recent satellite images show China has gone in for additional capacity expansion with a new construction hall at the Bohai Shipyard at Huludao.

According to US Naval Institute (USNI), China has been massively expanding its shipyards to build nuclear-powered submarines.

The development comes as China has been engaged in a simmering row with Taiwan.

The Chinese navy had released Y-8 anti-submarine aircraft in Taiwan's southwest air defence identification zone (ADIZ) ahead of the country's National Day celebration, a move which was criticised by the Taiwan government.

USNI said that recent satellite images show China has gone in for additional capacity expansion with a new construction hall at the Bohai Shipyard at Huludao.

The Bohai Shipyard the institute said was "essentially identical" to the one built in the same area in 2015 which it said China was building for a "new generation of nuclear submarines."

"The nuclear submarines include both ballistic missile submarines (SSBNs) and attack submarines (SSN)," the US naval institute said. The USNI report asserted that China has been building  "three new classes of submarines" at the Bohai shipyard with increased loads of cruise missiles and strategic strike capability.

A Pentagon report had earlier claimed that Chinese the military is set to double its nuclear warheads capability within a decade and launch them aboard ballistic missiles by land, sea and air.

"PLA has already matched or surpassed the US military in several areas, including shipbuilding, land-based ballistic and cruise missiles, and air defense systems," the report had said.

"It is likely that Beijing will seek to develop a military by mid-century that is equal to -- or in some cases superior to -- the US military, or that of any other great power that the PRC views as a threat," the report asserted.

The Pentagon report said the move will have serious implications for US national interests and the security of the international rules-based order.