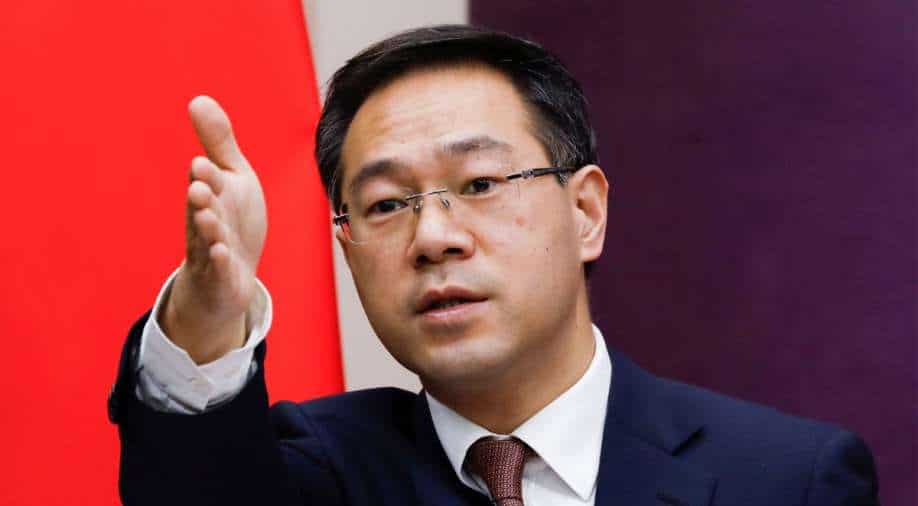 The US officials said that discussions on June 1 with Taiwan will not involve tariffs or market access as the items that would require congressional approval.

The United States and Taiwan announced the launch of a new initiative to strengthen bilateral relations and deepen economic ties. It appears like a clear challenge to China. Reacting to the same, Beijing said that it "firmly" opposes the trade talks. Chinese commerce ministry spokesman Gao Feng said that the country always opposes any official exchanges between "any country and the Taiwan region of China".

On Wednesday (June 1), the United States and Taiwan announced the U.S.-Taiwan Initiative on 21st Century Trade. The initiative comes a week after an agreement United President Joe Biden announced with 12 Asian economies, which excluded Taiwan. It didn't include China either.

In an online briefing, Feng said, "The United States should prudently handle trade and economic ties with Taiwan to avoid sending a wrong message to Taiwan separatists."

On one side, China claims Taiwan as part of its territory, on the other side, the US has been trying to bolster its influence in the region to counter Beijing.

As recently, Biden had said that the US would respond "militarily" if China attacked Taiwan. However, there was no policy change announced in this regard.

The US officials said that discussions on June 1 with Taiwan will not involve tariffs or market access as the items that would require congressional approval.

In a statement, the US Trade Representative said that "both sides will work at pace... to develop an ambitious roadmap for negotiations for reaching agreements with high-standard commitments and economically meaningful outcomes."