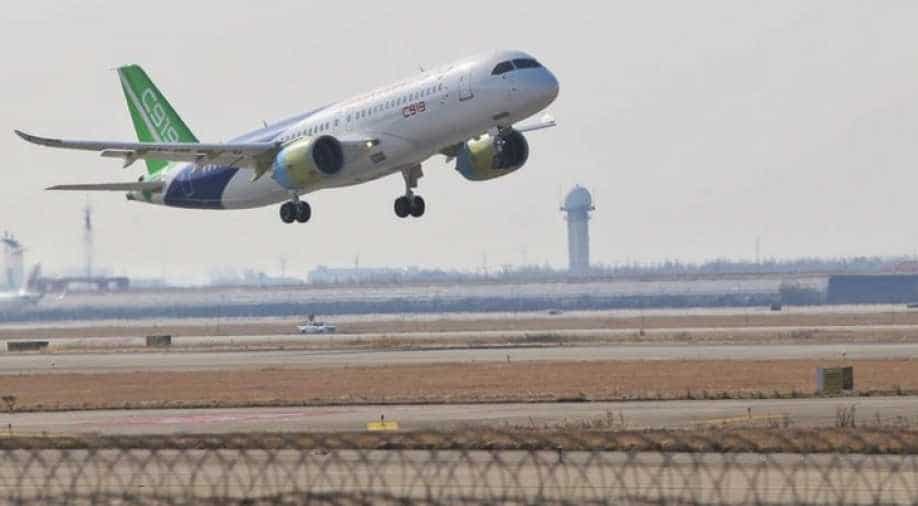 The C919 prototype took off from Pudong International Airport in Shanghai on Sunday morning.? Photograph:( AFP )

This success has helped China move closer to its aim to penetrate the passenger jet market worldwide, which will approximately be worth USD 2 trillion in the next 20 years, reports said.

The C919 prototype took off from Pudong International Airport in Shanghai on Sunday morning.

“The test flight lasted for around two hours during which performance of the plane’s major systems and equipment like taking-off and landing, navigation and communication, speed acceleration and deceleration were tested,” the state-run Xinhua news agency reported.

The first prototype of C919 completed its first flight in May this year and made its first intercity test flight last month.

The Commercial Aircraft Corporation of China aims to produce six such planes for flight testing and has decided to conduct over 1,000 tests in total.

With the successful maiden test flight, the aircraft will move into an airworthiness certification phase, which its manufacturer are aiming to obtain from Chinese regulators as well as Europe’s aviation safety regulator.