Central Bank of Russia hikes key rate to 20% from 9.5% amid sanctions 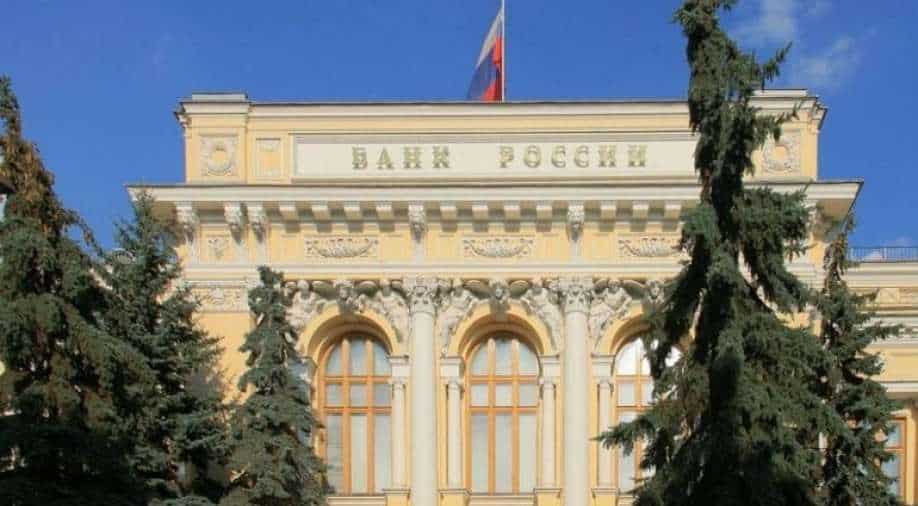 Russia's central bank announced Monday it was raising its key interest rate to 20 per cent from 9.5 per cent.

"The Bank of Russia's board of directors has decided to raise the key rate to 20 percent," the central bank said in a statement.

It said it was taking the emergency measure because the Russian economy's situation had "drastically changed".

The bank said that this would allow it to "support financial and price stability and protect citizens' savings from depreciation".

Western nations ramped up the pressure with a freeze on Russia’s hard currency reserves, threatening to bring Russia’s economy to its knees.

While they hope to curb President Vladimir Putin’s aggression after he unleashed Europe’s biggest conflict since World War II, the measures also risked pushing an increasingly cornered Putin closer to the edge.

Russians waited in long queues outside ATMs on Sunday, worried that new Western sanctions over Moscow's invasion of Ukraine will trigger cash shortages and disrupt payments.

Moves to block some Russian banks from the SWIFT global payments system and freeze the Bank of Russia's reserves are expected to deal a severe economic blow, although Russian authorities and lenders sought to assuage fears.

While the SWIFT move will hinder Russian banks from communicating with international peers, analysts say limiting the use of more than $630 billion in international reserves could prove even costlier for Russia.

"(President Vladimir) Putin and (former Finance Minister Alexei) Kudrin built it up for years, thinking about a major war," he said. "War has come, and there is no money."

Meanwhile, rates offered for foreign exchange shot up. The rouble closed on Friday at 83 to the dollar, but some lenders were offering rates of above 100 on Sunday.

The central bank also announced a compulsory measure for companies based in Russia that earn foreign currency through exports to sell currency amounting to 80 per cent of their earnings.