Ceasefire enters into force in Nagorno-Karabakh region after Moscow deal 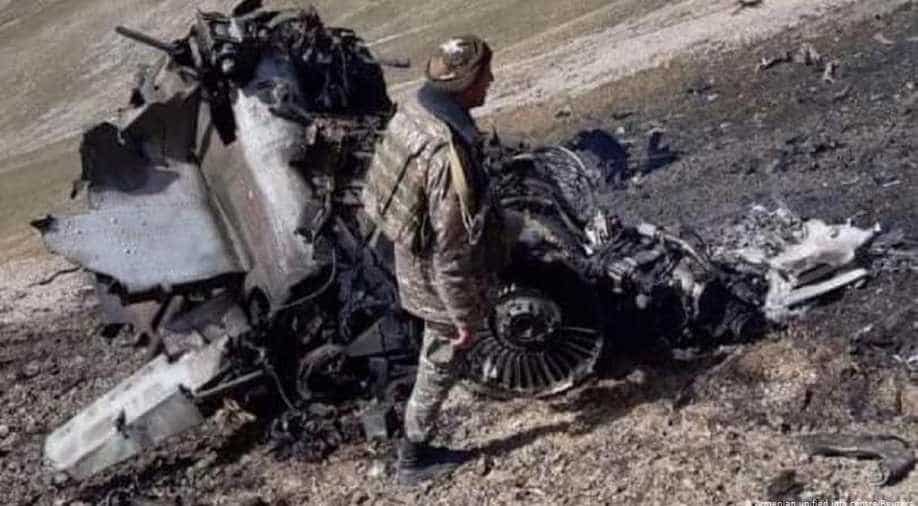 In a statement in the early hours of Saturday after 10 hours of talks, Russian Foreign Minister Sergei Lavrov, who helped mediate between the two sides, said the ceasefire had been agreed on humanitarian grounds.

A shaky ceasefire between Azerbaijan and Armenia in Nagorno-Karabakh region entered into force on Saturday after a deal was struck in Moscow between Baku and Armenia to allow prisoners and the bodies of the dead to be exchanged.

In a statement in the early hours of Saturday after 10 hours of talks, Russian Foreign Minister Sergei Lavrov, who helped mediate between the two sides, said the ceasefire had been agreed on humanitarian grounds.

It was not immediately clear how long the ceasefire, due to enter into force at midday local time, would last, and there were reports from both sides on Saturday morning of continued fighting.

The Moscow ceasefire talks was the first diplomatic contact between the two sides since fighting over the mountainous enclave, which is internationally-recognised as part of Azerbaijan but is populated and governed by ethnic Armenians, erupted on September 27, killing hundreds of people.

"A ceasefire is announced from 12 hours 00 minutes on October 10 on humanitarian grounds," Lavrov said, reading out from a statement.

Lavrov also said Armenia and Azerbaijan agreed to start talks on the settlement of the conflict.

Russia's top diplomat added that International Red Cross Committee would act as an intermediary in the humanitarian operation.

"Azerbaijan and Armenia begin substantive negotiations with the purpose of achieving a peaceful settlement as soon as possible," Lavrov told reporters, adding that such talks will be mediated by the Minsk Group of international negotiators.

The mountain enclave belongs to Azerbaijan under international law but broke away in a war as the Soviet Union collapsed and is populated and governed by ethnic Armenians.

The renewed fighting in the decades-old conflict has raised fears of a wider war drawing in Turkey, a close ally of Azerbaijan, and Russia, which has a defence pact with Armenia.

The clashes have also increased concern about the security of pipelines that carry Azeri oil and gas to Europe.

The fighting is the worst since a 1991-94 war that killed about 30,000 people and ended with a ceasefire that has been violated repeatedly.

Azerbaijan said on Friday that 31 Azeri civilians had been killed and 168 wounded since Sept. 27. It has not disclosed information about military casualties.

Nagorno-Karabakh said 376 of its military personnel and 22 civilians had been killed since the beginning of the conflict.