Caracas, other parts of Venezuela hit by massive power cut 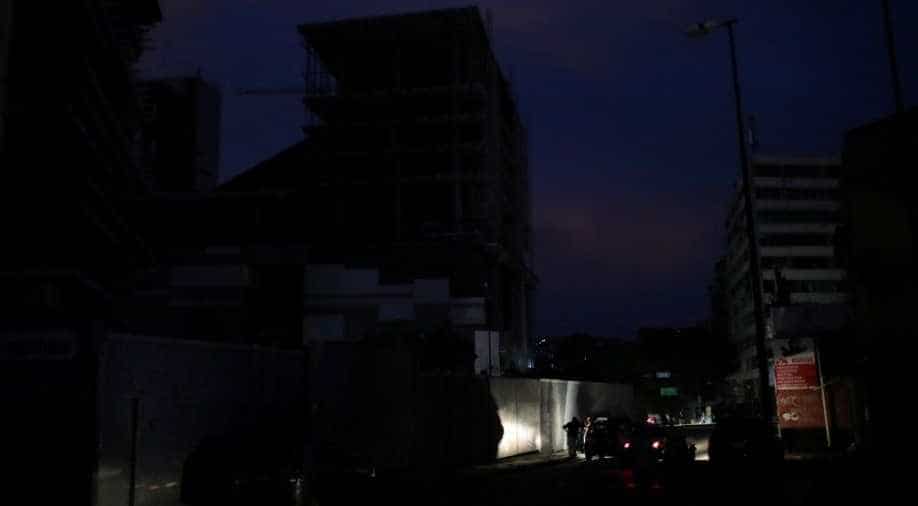 The statement read by Rodriguez recognized the cut as a 'national event.'

Caracas and other parts of crisis-wracked Venezuela were hit by a massive power cut on Monday that the government blamed on an "electromagnetic attack."

The lights went out in most of Caracas at 4:41 pm (2041 GMT) while people in other parts of the country took to social media to report the power had gone out there too.

"The first indications received from the investigation... point to the existence of an electromagnetic attack that sought to affect the hydroelectric generation system of Guayana," Communication Minister Jorge Rodriguez said in a statement on state television.

Guayana, a natural region in southern Venezuela, is home to the Guri hydroelectric power station that produces 80 per cent of the country's electricity.

The statement read by Rodriguez recognized the cut as a "national event."

The capital was hit by huge traffic jams due to the traffic lights losing power, while the sidewalks teemed with pedestrians walking home as the metro had stopped running.

Closed stores were a common site on Monday, as the lack of electricity prevented the use of credit and debit cards that are essential due to the shortage of cash in inflation-plagued Venezuela.

"I'm hungry, I want to eat, but there is nowhere to use my debit card," said Hernan Montalvo, complaining of not having enough cash to buy a hot dog.

"Necessary repairs weren't carried out and it's more of the same. Maybe this power cut will be worse than the previous ones."

A major power outage in March affected all 23 states in Venezuela and lasted a week, paralyzing basic services such as the water supply and forcing the workday to be cancelled and school classes to be suspended.

Hospital care was also affected by that incident and another one that came days later.

Opponents of President Nicolas Maduro said at the time that about 20 people died due to problems in medical treatment due to the blackout.

Maduro had blamed unnamed "terrorists" for that near-nationwide blackout, claiming they had attacked the Guri hydroelectric plant.

Another huge outage in April left large parts of the country, including Caracas, in darkness, although it lasted hours rather than days.

Rodriguez said that following the earlier blackouts, the government "has implemented protection and security protocols" that will permit the restoration of electricity "in the shortest possible time."

Blackouts are a common occurrence in Venezuela, especially in remote western regions.

The government usually blames them on sabotage but experts say that a lack of investment, poor management, the emigration of qualified engineers and personnel, and corruption are the more likely culprits.

"They tried to hide the tragedy by rationing throughout the country, but the failure is clear," said opposition leader Juan Guaido on Twitter.

"They've destroyed the electricity system and they don't have any answers."

crisis-wracked Venezuela has been mired in a political impasse since January when Guaido proclaimed himself acting president, quickly receiving the support of more than 50 countries.

The oil-rich, cash-poor country has been in a deep recession for five years. Shortages of food and medicine are frequent, and public services are progressively failing.

Around a quarter of Venezuela's 30-million-strong population are in need of aid, according to the United Nations. Three million people have left the country since the start of 2016.