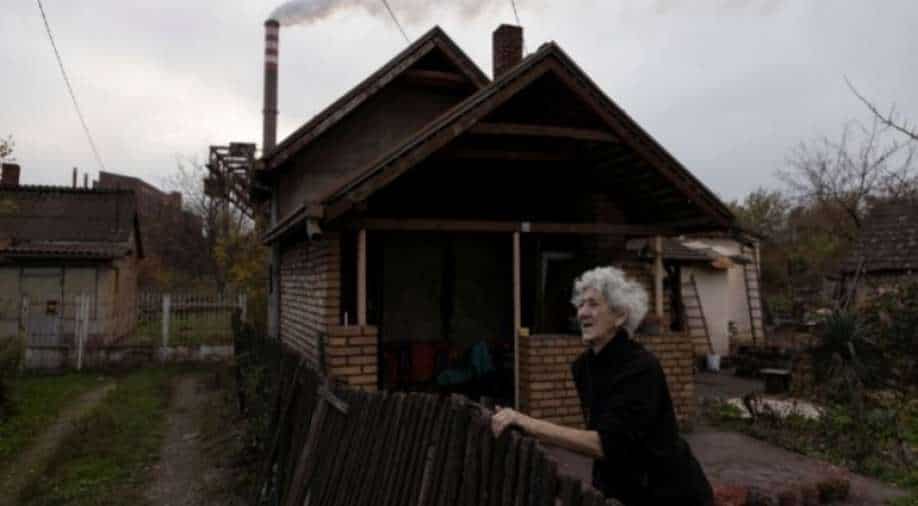 Zivadnika Arsic, a 86-year-old woman, stands in front of her once white house, now covered with the red dust from the Chinese-owned HBIS Serbia steel mill in the village of Radinac Photograph:( Reuters )

Known as the Smedrevo steel mill, the plant was bought from the Serbian state for 46 million euros ($53 million) five years ago

The cancer rates in a Serbian town called Radinac have quadrupled due to the spread of red dust by a Chinese mill.

The situation is so bad that residents have to dry their laundry indoors and use vinegar to clean the dust from their cars.

Known as the Smedrevo steel mill, the plant was bought from the Serbian state for 46 million euros ($53 million) five years ago.

Also read | Xi set to be another Mao, with a firm power grip at the Communist Paty meet

300 million euros has been invested in technology and pollution reduction as per the owners. It was originally acquired by Hesteel, China's biggest steelmaker.

This was a massive surge from the 1,738 cases reported in 2011 according to data from the Smederevo public health body, which a watchdog called Tvrdjava.

''The air in the town is far below European standards for 120 days per year. Red dust is greasy, it sticks to lungs, makes breathing difficult,'' said Nikola Krstic, the head of Tvrdjava.

Ljubica Drake, the plant's manager for environmental protection said, ''We are all citizens of Smederevo... Would we be working despite pollution, against ourselves and our children?''

She said the disease could be a result of NATO's bombing of Serbia in 1999 during a war in Kosovo.

Ljubica added that three new production facilities will significantly reduce pollution after their completion in 2022.

China has invested billions of euros in Serbia, which is a candidate to join the EU but has an uneasy relationship with the West more than two decades after the wars that followed the breakup of Yugoslavia, and has pursued close ties with Beijing.

The authorities in Belgrade say they are prepared to challenge Chinese-owned companies over pollution.