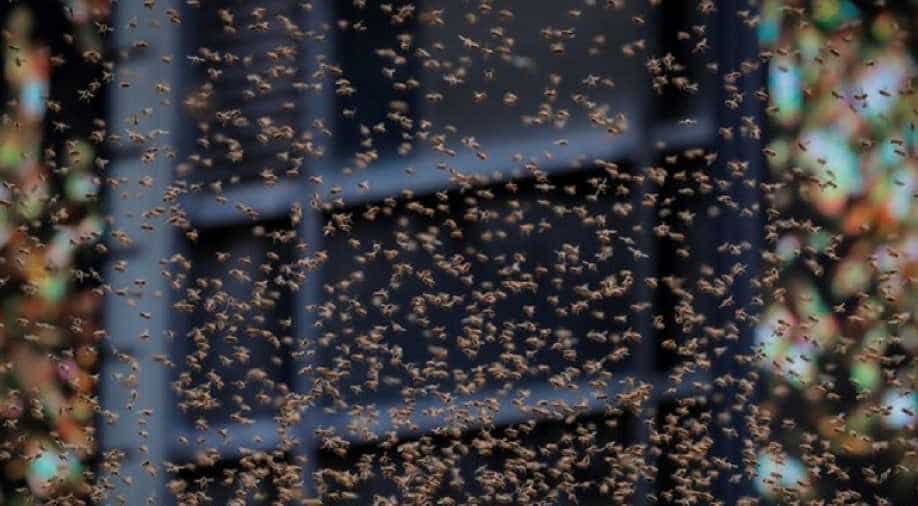 A swarm of bees (representative image). Photograph:(Reuters)
Follow Us

The 2019–20 bushfires had a devastating impact on 11 species of native Australian bees. The scientists in Australia have analysed the effect of the fires on 553 native bee species. Before the fires, only three species of bees were threatened

According to new research, the 2019–20 bushfires had a devastating impact on 11 species of native Australian bees.

The scientists in Australia have analysed the effect of the fires on 553 native bee species. Almost one-third of all species of bees discovered in the country to date.

In the analysis, 11 species are found to be eligible to get listed on the International Union for Conservation of Nature’s (IUCN) red list of threatened species.

Also Read: People in this country 'sing' to sharks and then catch them by hand

Before the fires, only three Australian species of bees were threatened.

Two bee species, Leioproctus nigrofulvus or the solitary bee and Leioproctus carinatifrons, now fit the IUCN’s criteria for an endangered listing. During the bushfires, large areas of their native habitat were burnt. Nine bee species were assessed to be “vulnerable”.

An adjunct lecturer at the University of Adelaide, study co-author Stefan Caddy-Retalic, said it was surprising that a single fire event pushed 11 species of bees much closer to extinction.

Although there are 1,654 known bee species in Australia, the scientists believe the real figure may be more.

“There are so many native bees that are still left to discover – a lot of these species are at risk of being lost before they’re even found, which is an incredible indictment on the impact that we’re having on Australia’s biodiversity,” Caddy-Retalic said.

These nations, global organizations pledged support to Turkiye in its quake relief efforts